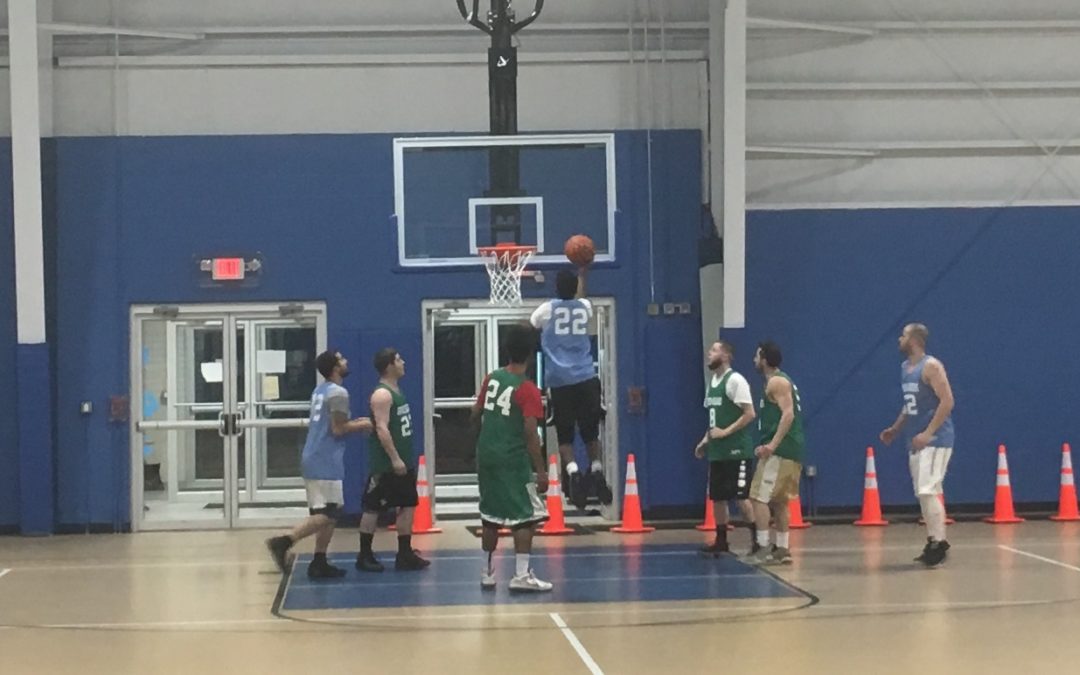 In a very hectic matchup between Green Squad and Swish Kabobs, the Swish Kabobs were able to hold off a late rally by a final score of 78-71. Tezhan Massey led the way for the Kabobs as he poured in 17 points on a very efficient 88% shooting, to go along with four other players scoring double digits.

Both teams came out firing in the first quarter, trading buckets back and forth. Victor Kashouh Jr got going early scoring 15 points by the early part of second quarter until frustration got the best of the Green Squad on some very questionable calls. Kashouh Jr received two technical fouls which is an automatic ejection and Crawford had also received a technical foul.

Swish Kabobs were able to create some breathing room in that second quarter outscoring them 23-9.  Marquis Jones and Lane Ukura along with Massy were able to get to in the paint and finish above the rim. They were able to move the ball around well finishing with 14 assists, as Kyle Valenzuela led the team with five.

But without one of their top players, Green Squad had no quit in them. They made a fourth quarter run and got the lead down to single digits, which was led by Cody Crawford and Jordan Ferretti who both finished with 20 points a piece. The Swish Kabobs were able to get stops towards the end that would seal the victory. Tyler Barbosa spoke more about the Green Squads late comeback postgame.

” We went through a little stretch where we weren’t talking as much, were taking some bad shots,” said Barbosa. “So we kind’ve had to slow the pace down, move the ball around and eventually we got to our spots and pulled it out.”

This was a very entertaining game as both teams match up very well. This would be a great game to see if these two teams were to meet again at some point down the road.