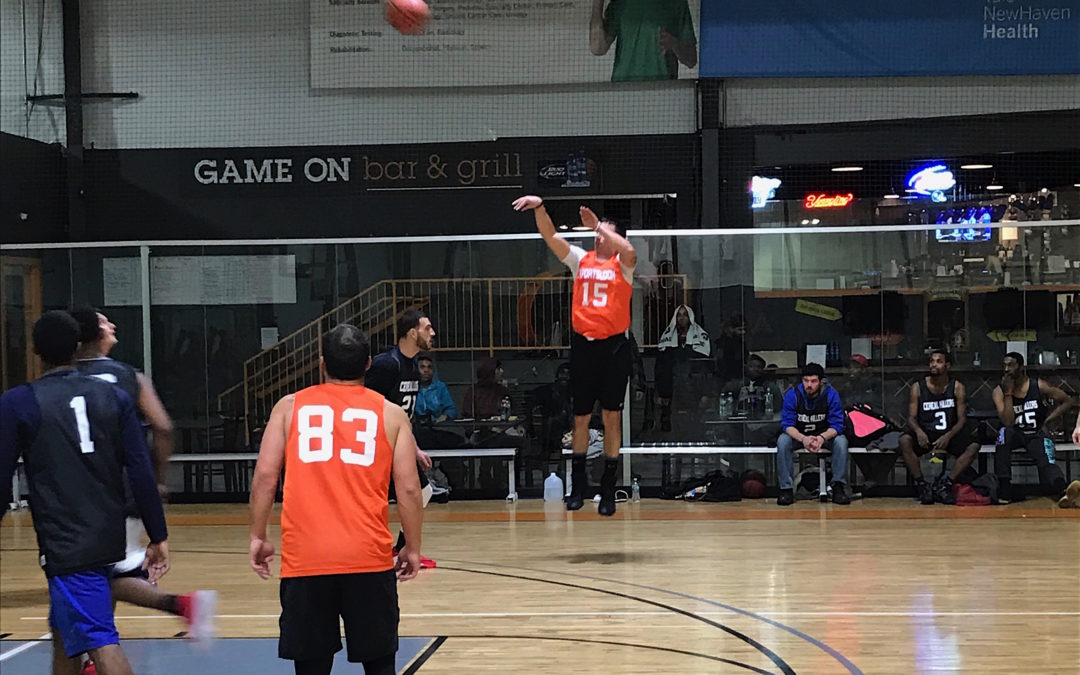 By Ben Schneider and Joey Zocco

Here are a couple notes from the analysts notebook through a week and a half of the Winter 2017 season:

–The Monstars are dominant. In our week one power rankings they ranked second behind No Limit, but I’m here to say they are my early favorite to win the whole thing. After a week one demolition of the Avengers, 90-66, the Monstars came back in week two with no sign of slowing up. They outlasted a strong team in The Firm for a 55-47 win. The victory featured great playmaking from Reggie Stewart and Brandon Seabrook. Look for them to continue their success in the upcoming weeks of league play.

-The Cereal Killers are a team to keep your eyes on. Voted fifth in the power rankings, the Cereal Killers have had a strong start to the season and could pose a threat to the other top teams in the league. Davon Pratt is holding down the team’s offense scoring 20 points in their week one win, while Christian Pierre also had a strong performance adding 18 points and 11 boards. They play the Avengers in their next matchup which should be a good test for them.

-Although Stranger Danger is 2-0, don’t expect their success to last. After somehow managing a ten point win over White Magic in week one, they came back week two feeling good about their chances against a struggling team in Light it Up. Leaving analysts dumbfounded, they again were victorious eeking out a one point win, 55-54. Steven Echols and Johnny O’Brien remain bright spots for this team but the rest of the unit needs to step up for their success to be sustained. Next week they have to take on the powerhouse that is No Limit and they have little to no chance of getting the win.

–Run TMC is a team that really likes to run. With a backcourt comprised of the Zocco brothers, they are always looking to push the tempo and score in transition. In week one they were able to execute their style of play and handily beat the Renegades 55-35. Will Hudson was their star and he’s the one who is going to have to carry the load in order for this team to be as successful as they hope to be. He definitely did that in week one with a double-double, scoring 17 points and grabbing 11 boards. Next week they take on the Goon Squad which should be another good matchup.

–Carmine Santorelli and Jalen Graham are two of the most valuable players in the league. In a week one win, Santorelli recorded a triple-double scoring 34 points, grabbing 10 boards, and 10 assists. Graham has played two games and scored 25 in the first and 30 in the second. Both guys are doing a tremendous job scoring the ball as well as setting up their teammates for success. Look for both players to continue to have stand-out seasons.

-No Limit will have to wait another week to prove they are worthy of being labeled preseason favorites. After a close call against Red-emption in week 1, their week 2 matchup against the Temptations got postponed. The Game of the Week would have been the perfect test for this loaded squad to prove they can raise their level of play in big games. No Limit now refocusses to face an undefeated Stranger Danger team in week 3, who despite their record look to be in trouble against No Limit. Lob 203 and the Cereal Killers await No Limit in weeks 4 and 5 respectively.

-Respect is definitely earned in this league, not given. Some newer teams are definitely doing their part to be respected when the next Legacy Leagues power rankings come out after week 3. The Firm just played a close game against a highly-ranked Monstars team, and Red-emption throttled a Rookies team still trying to mesh and find an identity. The Avengers pulled away in the second half on Monday from a White Magic team struggling to put the ball in the basket. Other new-look teams like Lob 203, the Renegades, and Sportslook were unable to bounce back from shaky week 1 performances thanks to mother nature. Week 3 cannot come soon enough for many teams wanting to prove they deserve a bump in the power rankings.