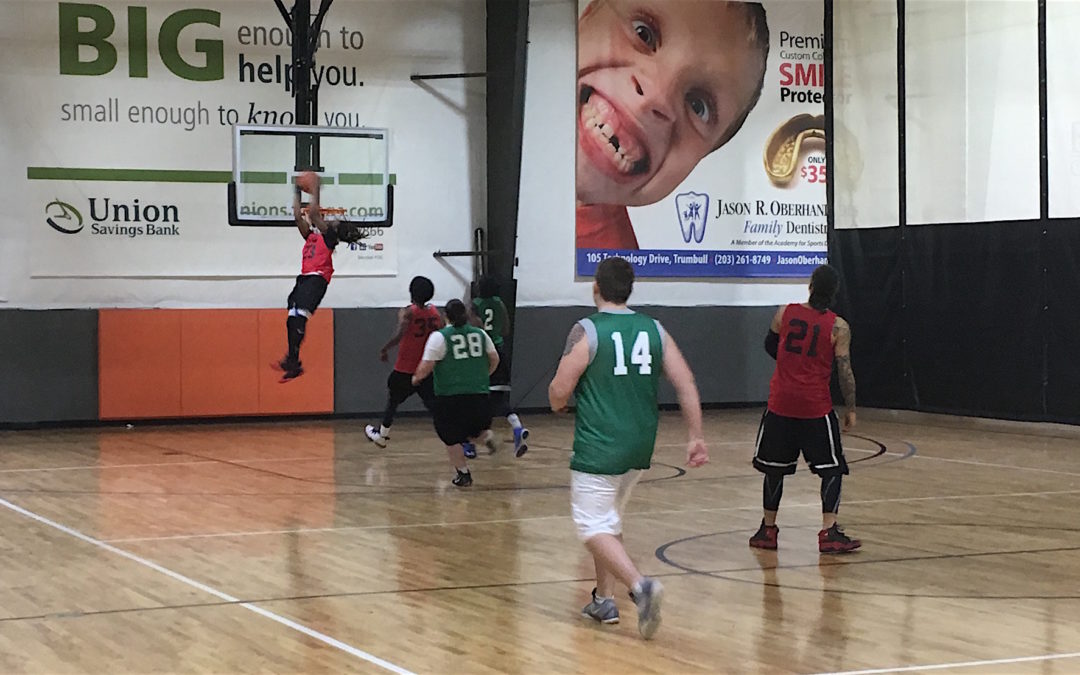 In a game filled with highlight reel dunks and transition play, The Firm took advantage of a poor defensive effort and some players not in attendance to crush Stranger Danger, 85-55.

Both teams are now headed in different directions as the season progresses; The Firm have won two in a row, while Stranger Danger has fallen twice in a row.

“I think we got a full roster back and we got a few additions,” The Firm’s Ty Drish said. “I think our defensive game has spoken for itself this season, and for our offensive game we just hit 80 points.”

The Firm were truly balanced both offensively and defensively all game long. Offensively, Mark DeRuisseaux led the way with 18 points on 64 percent shooting, and Chris Martinez shot an efficient 87 percent for 15 points. Defensively, it was tough sledding for Stranger Danger to score, as The Firm was intense and tough on the backend.

In addition to Stranger Danger’s poor shot selection, the missing presence of Johnny O’Brien was huge for Stranger Danger. As, their defensive leader O’Brien’s intensity and basketball intelligence was missed tonight.

Despite the disappointing performance on both ends, Stranger Danger could take away a few positives.

For one, they were short-handed, showing them the value of depth. Second, Steve Echols continued his solid play with 17 points.

Stranger Danger will look to rebound next week against the Renegades, while The Firm will look to continue their winning ways against Goon Squad.