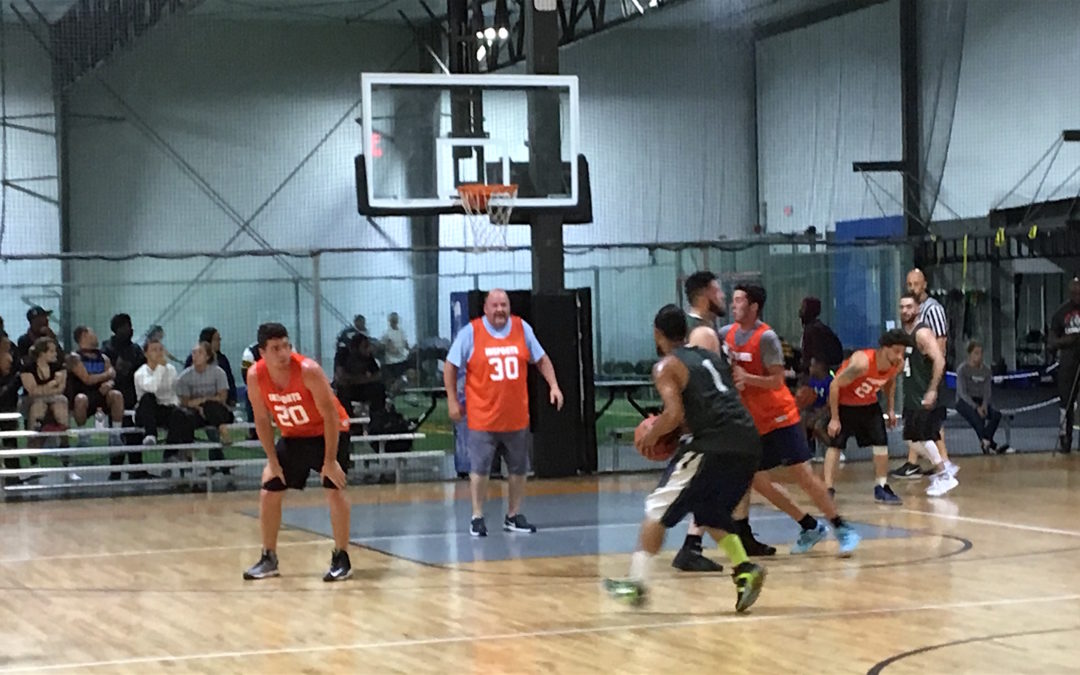 Although most of this week’s picks were for a SportsLook victory, there were some doubts come game time when the squad only showed up with four players.

In this stunning matchup between two undefeated teams, SportsLook pulled out the victory, 63-58. SportsLook is really starting to show the rest of the league that they are no joke; even without their scoring leader, Andrew Cavanagh.

The game was back and forth from the opening tip, not only in points, but also in the trash talking battle which saw Giancarlo Zipper receive an early exit, and Steve Christy was also handed a technical foul.

This battle sparked a fire in the eyes of SportsLook, and their confidence was on the rise after being down only six at the half.

“We’ll be fine! Down six, at halftime, we haven’t even been playing good yet,” Steve Christy said.

Indeed, SportsLook picked it up in the second half, and eventually tied the game late in the fourth quarter. A pair of huge threes from Christy were seen to be the difference in the contest. Christy finished the game with a double-double (13 points, 11 rebounds).

Colin Markus added 15 points of his own, but their brightest shining star was Bryan Acevedo and his 31-point feast as SportsLook handed ZewCrew their first loss of the season.

SportsLook is continuing to shine each week and all signs show that they are only growing as a unit.

As for ZewCrew, this week was a major step back for their squad. Yes, they put together a few highlights, but, ultimately, failed to be as productive as they have been on the boards, and committed way too many turnovers for any team’s liking. That could prove to be detrimental next week if ZewCrew plans on keeping up with Santorelli, who picked up 12 rebounds in his 40-point week four performance.

In week five, look for ZewCrew to be in control on the backboards against a Wake and Blake squad that presents some height in the front court. SportsLook will face off against Blood, Sweat and Beers, and eye another week with a goose egg in the loss column behind the hopeful return of Cavanagh.