Analysts to All-Stars: The Rise of Stranger Danger 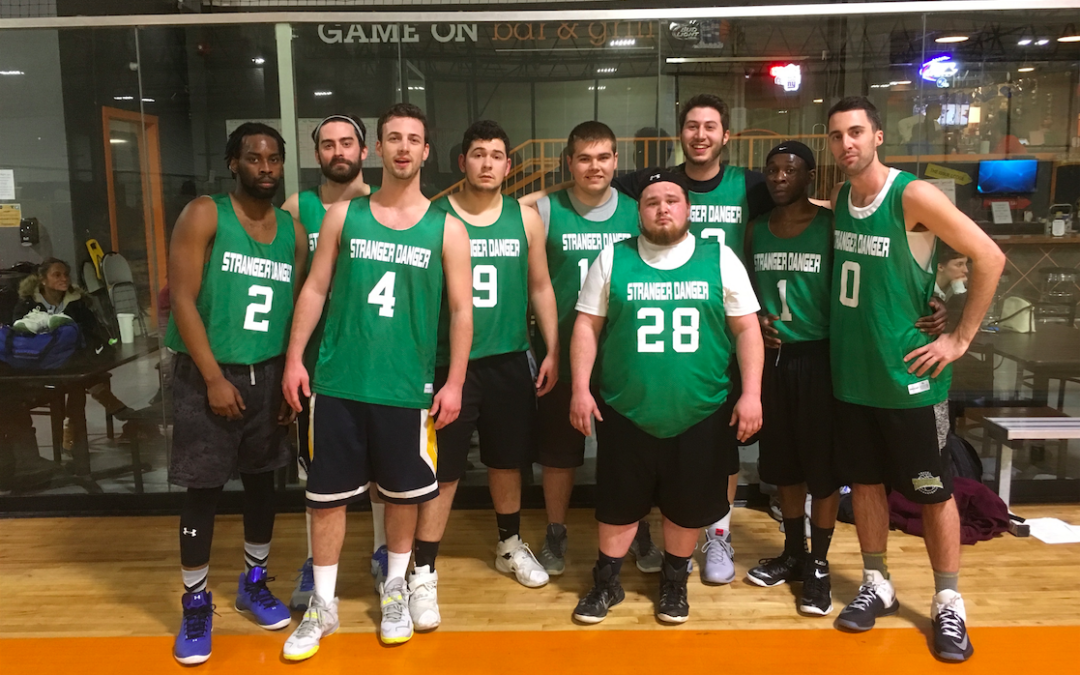 Sports reporters are an undervalued piece of every major sports league. Skeptics often question the merit of criticism from those who aren’t playing the game at a highly competitive level, yet choose to comment and critique the performance of others.

Well, in the Legacy Leagues, a group of former analysts decided to defy the odds and made the switch from reporting on the sidelines, to playing on the hardwood.

Imagine if Skip Bayless, Frank Isola, and J.A. Adande all of a sudden became a part of an NBA franchise as players. That is what happened when former analysts Will McAdoo, Tyler Feldman, and Ian Croughwell decided they were going to play in the league. Much like the skepticism Bayless, Isola and Adande would be met with if they were to enter the NBA, the former Legacy Leagues analysts had to overcome preconceived notions about the quality of their play. 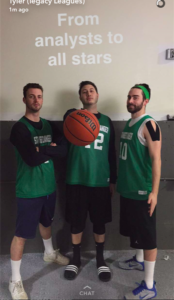 “Being on the other side, we had to watch everyone play basketball and we love the game so we wanted to be a part of it,” Mcadoo said. “I also didn’t know anybody so I had to play with Tyler.”

With that decision, these guys were officially in transition from analysts to athletes. When the “Big-3″ decided they were committing to playing in the Winter 17 season, the first order of business was to build a roster.

“The name Stranger Danger came from the fact that aside from the analysts, the entire makeup of our team was essentially strangers to one another,” Feldman said. “Desperate to play, we were accepting player applications from anywhere we could get them.”

After the roster was built, Stranger Danger didn’t really know what to expect going into the season since none of them had previously played together. With the rag-tag group needing cohesion, Feldman stepped up to be the pseudo-captain for the team. Acting as player, coach and general manager, the team found a motivated leader off the court. While his performance on the court is often mocked, there was no denying Feldman’s positivity and commitment to his teammates.

Joining the analysts would be talented guard Steve Echols, who brought a veteran presence to the team after being named an All-Star in the Fall 16 season as a member of the Titans. Steve brought along with him his cousin, Joe Cordy, who’s a defensive leader that can stretch the floor with his shooting ability.

Former Sportslook member Johnny O’Brien jumped at the opportunity to reinvent himself as a starter for an up-and-coming team, and excelled as a top scoring option and rim-protector throughout his Winter campaign.

Rounding out the roster would be Kyle Murphy, the sharpshooter formally of One Time, who would notch his first-ever win as a player in the Legacy Leagues, before missing the second half of the season with an elbow injury. Along with Murphy came flashy ball-handler and 3-point marksmen John Lutters. Looking for a new home after playing with BS&B, who rebranded to form Lob-203, Lutters shined off the bench for Stranger Danger as their most consistent shooter. Last but not least comes Trey Cole, the team’s comedic relief, whose laid-back presence always kept his teammates in high spirits.

“Having never played with these guys we didn’t know what our chemistry would be like, so we were kind of freestyling out there,” McAdoo said.

Early in the season the freestyle method seemed to be working as they started out by winning their first two games. However, their success quickly was halted as struggles ensued.

“We had a nice start, but then we played some legitimate teams and realized we really needed to step up our game if we wanted to be successful,” McAdoo said.

“The first two teams we played weren’t very strong,” Feldman said. “After that we started struggling, and went into a slump. We knew we could compete with good teams, we just had to figure it out as a unit.”

Despite finishing the regular season at 3-6, the team’s highlight of the year came in the playoffs. In a first round matchup with the fourth-seeded Temptations, Stranger Danger played their best game of the season toppling Carmine Santorelli and the Temptations, 71-62. 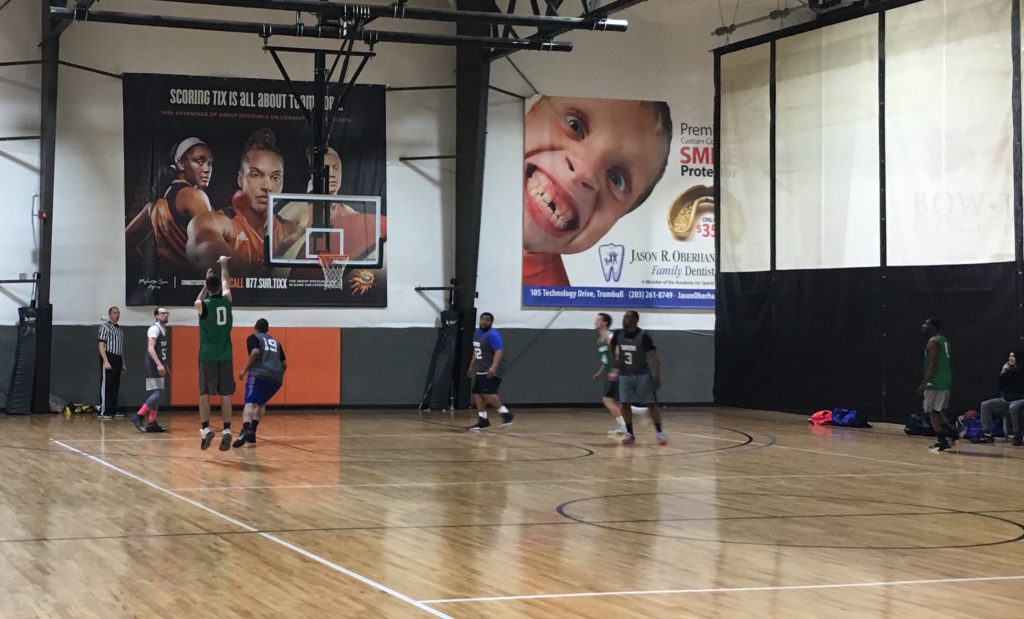 As the 13-seed, Stranger Danger played a near perfect game, propelled by the particularly efficient play of Steven Echols, who finished with 26 points on 10-13 shooting. The performance marks one of the largest upset wins in Legacy Leagues playoff history.

“I thought that was easily the highlight of our season,” Feldman said. “We had played a number of good teams tight, like No Limit, but we never kept it up for all four quarters. That night we had our best overall team game, and everyone played unselfishly. It just all clicked.”

Stranger Danger would go on to be defeated by the eventual champion Monstars in the quarterfinals. Despite being booted, it was clear how much they had improved as a team over the course of the season, and it was only fitting that their efforts were rewarded with an upset win in the playoffs.

McAdoo said it was their best game of the season as well, but implied that this is hopefully a sign of things to come for Stranger Danger in the future. With a taste of some playoff glory, Stranger Danger is looking to revamp for the Summer 17 season. Going forward the rest of the league is going to have to watch out when they enter… THE DANGER ZONE!