Another second half comeback helps Halfway Crooks fend off Skyhookers 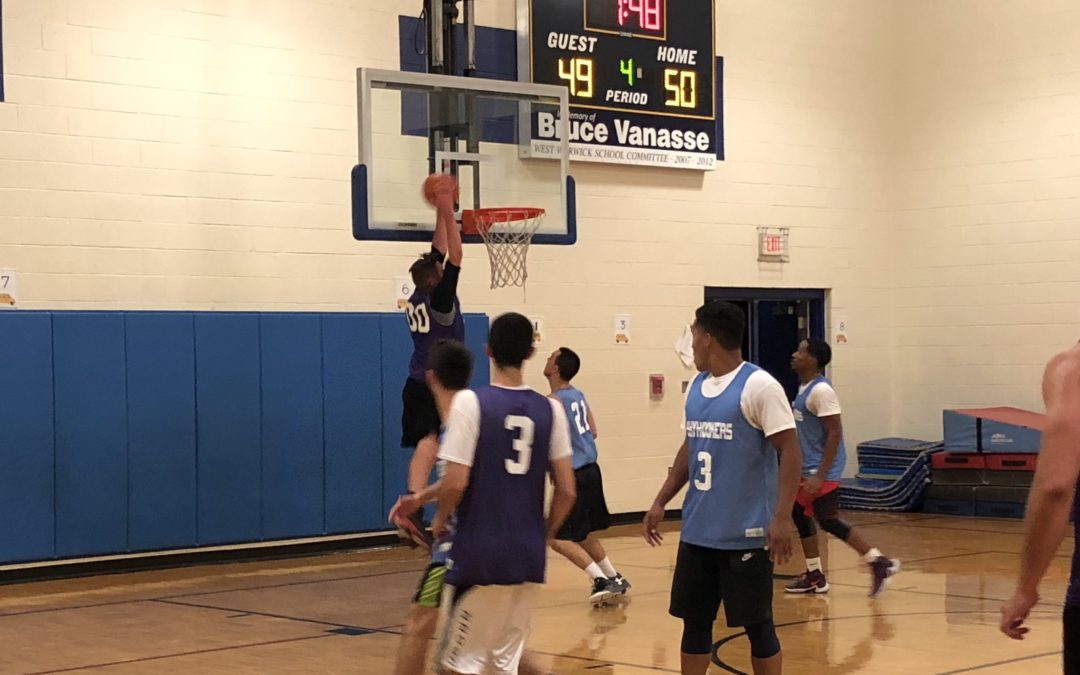 For the second-straight week, Halfway Crooks were behind at half, but surge back after the break to get a win. Down seven at half, they came back and won a nail-biter over the Skyhookers, 58-54.

Jared Hanson had 20 points on the day, although he struggled from three-point land, which he was visibly frustrated about throughout the game. Dylan Lincoln helped out with 15 points of his own and snatched 12 rebounds, posting his first double-double of the season. The Halfway Crooks had three players with eight or more boards, which helped them grind out the win in the end.

Not only did he keep his team in the game with his scoring, put he helped out with eight boards. Kevin Redmond led the way for Skyhookers in the rebounding category with nine boards. The Skyhookers really struggled from three Wednesday night, shooting 7-for-28 (25 percent) on the night.

The game came down to free throws, and the Halfway Crooks knocked down some big ones down the stretch. Hanson hit a big shot to put the Crooks up by three with under a minute to go. A couple of big free throws from Hanson and Tom Ferranti then iced the game for the Halfway Crooks.

“I think rebounding again will be the key,” Zocco said. “If we win the rebounding next week (against the Werewolves), we’ll be in it to make some plays at the end with a chance to win.”