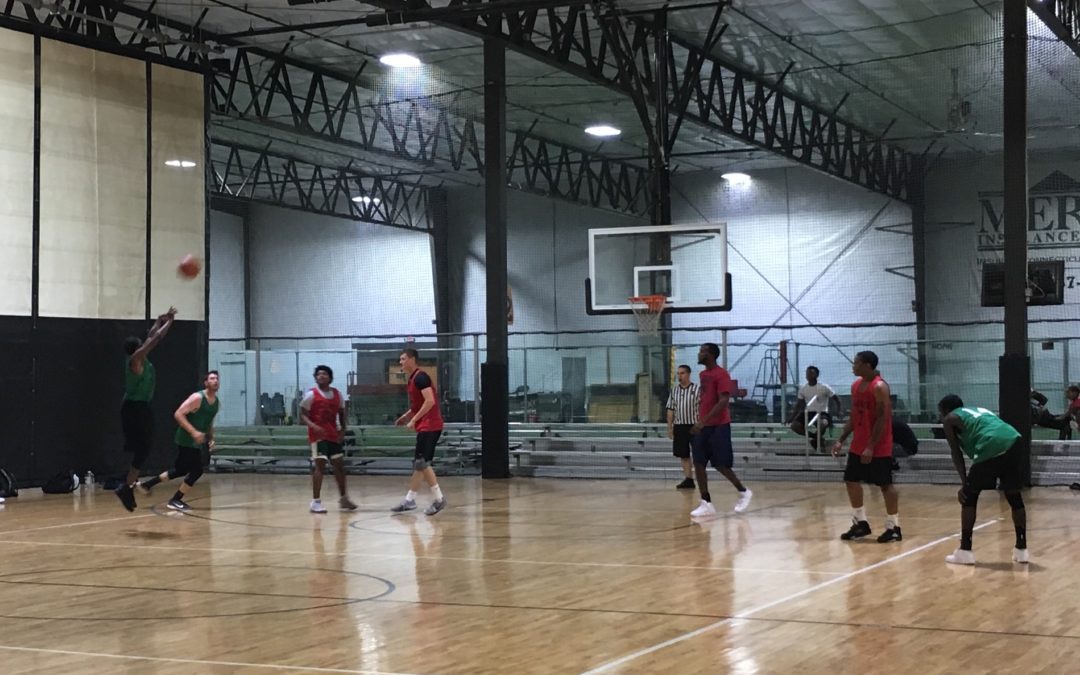 Trailing by eight points with 37 seconds left, Stranger Danger converted an uncontested dunk, swiped two inbounds passes and hit a pair of three-pointers to tie the game. They even had enough time to watch the Bad Boyz miss two consecutive free throws, allowing Stranger Danger the final shot of the game, which fell up short to send the game into overtime.

Playing with three players for the majority of the first half, Stranger Danger competed valiantly, but ran out of gas in the extra period to lose to the Bad Boyz, 89-87.

Just Melquan Horton, Darnale Huckaby and Tyler Feldman stood on the court for Stranger Danger at tipoff. With Huckaby and Feldman averaging a combined 5.7 points per game, the Bad Boyz looked like they’d take advantage of the short-staffed Stranger Danger. But the exact opposite happened.

The Huckaby-Feldman duo scored 17 points with 12 rebounds, while Horton scored a game-high 29 points with 10 rebounds, six blocks and four steals. These three players held off the Bad Boyz until two reinforcements came with minutes to go in the first half. At halftime, Stranger Danger and the Bad Boyz were tied.

Even though Stranger Danger now had five players for the second half, the Bad Boyz looked like they’d pull away for the victory. Trevonte Blake, Destin Simmons and Darell Foster all scored at least 20 points, helping their team to a 10-point lead in the second half.

“I had to talk to him. I had to get up in his face,” Bad Boyz Jaylon Eggleston said of Blake. “When I do that to him, he goes off … and that’s what I like about him. He’s the offense spark on our team.”

But just as Stranger Danger didn’t quit when three players showed up at the start of the game, they wouldn’t go down without a fight. Steven Echols and Huckaby each hit a clutch three-pointer, aided by Bad Boyz missed free throws, allowing the game to go into overtime. As a team, the Bad Boyz shot 15-of-32 from the charity stripe.

But in the end, the Bad Boyz took advantage of their extra stamina and 19 Stranger Danger turnovers, outscoring them 10-8 in overtime to claim their victory.

“We’re coming,” Eggleston said. “We’re coming for anybody who steps in front of us. I don’t care who it is.”