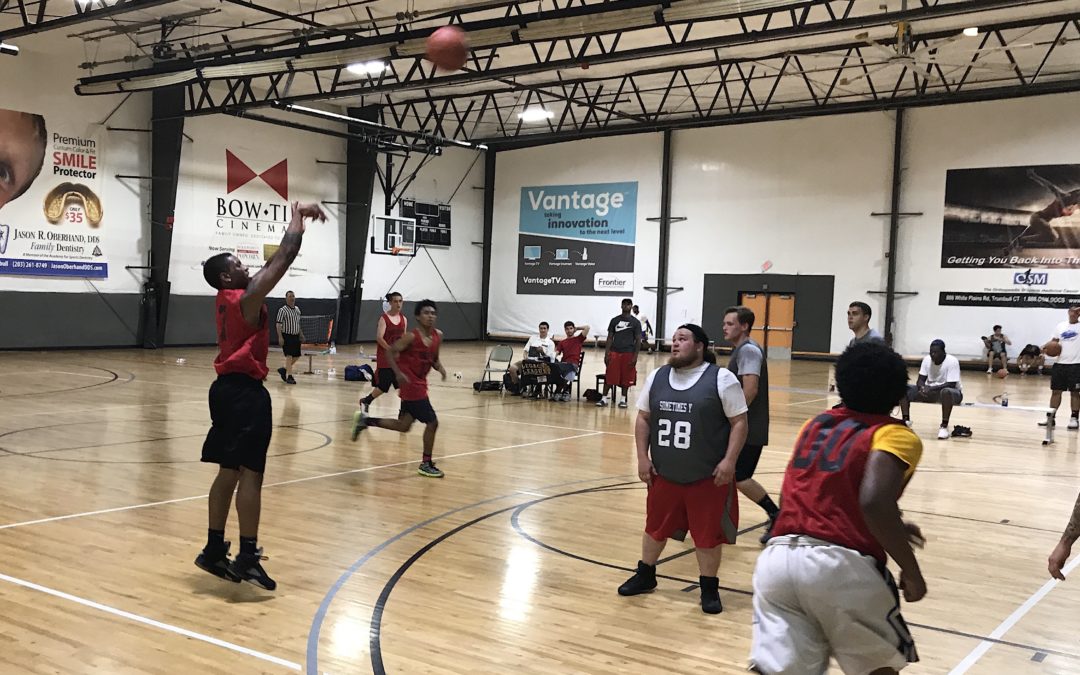 The Bad Boyz roster has made some serious gains over the last three weeks. After making several renovations to their lineup, the Bad Boyz have established themselves as a team that can no longer be overlooked on the schedule. They continued to impress on Monday night, capturing a blowout win against Sometimes Y, 109-67.

One of the key additions that has had a positive impact for the Bad Boyz, is point guard Jaylon Eggleston. Eggleston played a flawless game against Sometimes Y, finishing with a staggering triple-double of 19 points, 11 rebounds and 15 assists.

“We played a perfect team game,” said Eggleston. “We were hungry, everybody was eating.”

Eggleston and the Bad Boyz came off a heart-breaking overtime defeat in Week 4. Based on the teams performance on Monday, you can tell they have already put it behind them. Eggleston made it his job to get everyone involved, and sparked energy with flashy passes and thunderous dunks.

Eggleston is no stranger to highlight plays, being featured in the Legacy Leagues Top 5 for last two weeks. Don’t be surprised if he sneaks into the Top 5 yet again this week.

The new and improved depth was on full display for the Bad Boyz. Aside from Eggleston, Destin Simmons returned to form, scoring 44 points to lead all scorers. Trevonte Blake also had an outstanding game, supplementing 36 points of his own. Both players functioned as the key beneficiaries on a majority of Eggleston’s assists.

As for Sometimes Y, there is little to be said that has’t been said already. This team simply lacks the scoring options to keep up with the upper echelon teams in the league. They rolled out a depleted four-man lineup Monday night, and were essentially ran right out the gym.

In his Legacy Leagues debut, Eric Gilson had a great game for Sometimes Y. Gilson scored 34 points to lead his team, on an efficient 16-of-26 shooting from the field. Despite his efforts, there simply was not enough support from his teammates to keep up with the Bad Boyz.

The Bad Boyz now advance to 2-3 on the season, and still have time to make a strong case for the post season. With a revamped roster, it will be interesting to see if the Bad Boyz can continue to do damage in the second half of the regular season.