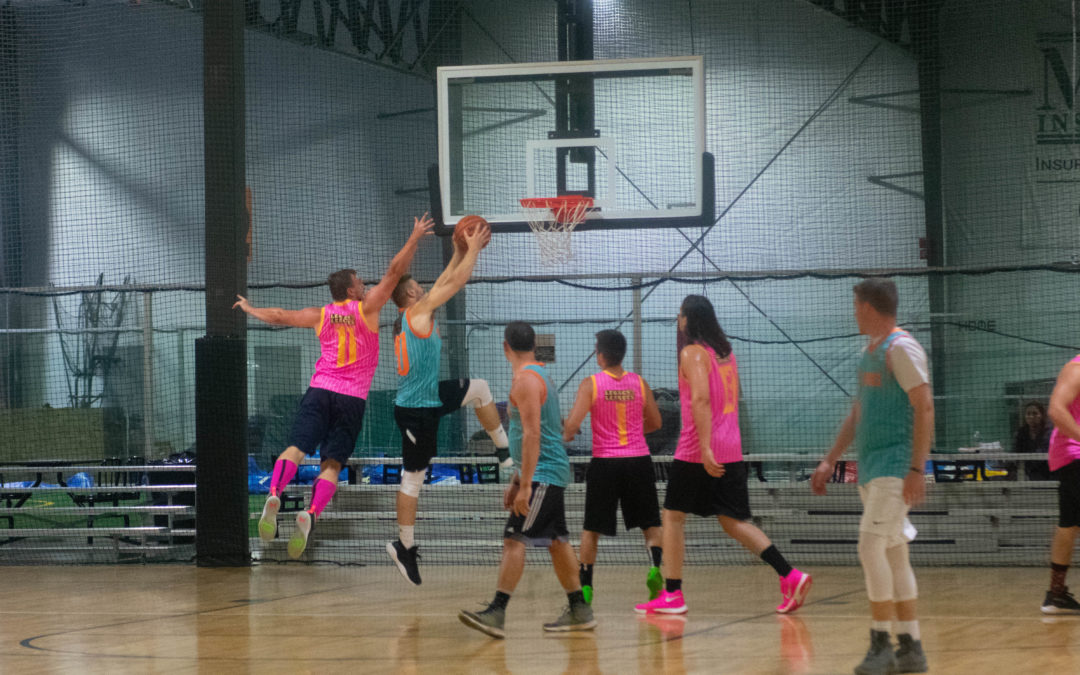 It was all Flint in this game, as they destroyed the Brick Layers 108-58 in the first contest of a double header.  The Flint Tropics used a balance scoring attack as they had five guys in double figures led by Tyler Japs, Nick Japs, and Mike Bozzuto all with 21 points each.

The Brick Layers were led by their usual dominate duo of Jason Bindner and Mike Castro as they combined for 50 of the teams 58 points.

Flint started fast in this game and never looked back.  They hit 10 three-pointers and collected 38 rebounds with an impressive 21 assists and only two turnovers.  This was a fine tuneup to get them ready for their showdown with Shocker City later in the night, and also for the upcoming playoffs.  After a heartbreak loss in the playoffs last season, this has been a hungry team with only one thing on their mind–a championship.  With the balanced scoring attack they have, and deep bench with a  combination of size and quickness, nobody will want to see this squad come playoff time.

With the win, Flint has clinched a top two seed in these upcoming playoffs and they are going in as arguably the hottest and best team in the league.  When you can have close to the entire team scoring in double figures on a weekly basis that just shows anybody on this team can step up and pick somebody up on a rough night. Not many teams in this league have the depth to be able to do this.

To some, this could have been a potential trap game as they had a huge showdown with Shocker City later in the night but that was not the case.  Despite playing the worst team in the league, according to Tyler Japs, the mindset was the same.

“We knew we had to play our game, and keep the same mindset…we needed to get in a rhythm and started knocking shots down.”  That they did, as this game was just about over before it even started.