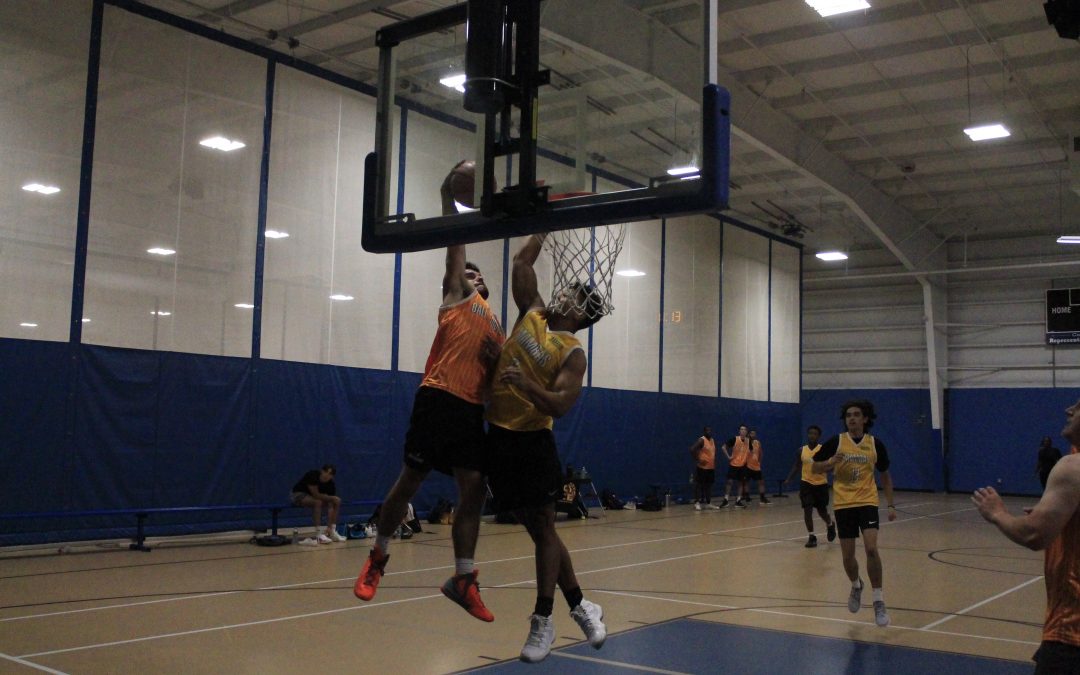 “It feels good, we had the chemistry going, two wins in a row, let’s keep it going.” Harrison Igoe stated. Ball Don’t Lie added to their win percentage by claiming victory over Stampede, 69-59.

When asked who was the MVP of the game, Harrison stated, “We all play as one but Ellis played good, Ellis hit some big threes.” Ellis Einhorn led the way for Ball Don’t Lie, scoring 25 of his team’s 69 points, shooting 80% from the field and 75% from behind the arc.

Einhorn was joined by teammate Grant Rosenberg, who netted 17 points while hitting 50% of his attempts.

Stampede were led by Brad Allen and Todd French. Allen scored 21 of his team’s 59 points and a 53% and French collected 19 points of his own.

When talking about what to improve moving forward, Harrison continued, “Honestly nothing, I don’t see anyone beating us from this point on, we’re coming for the Ozone Boys.” Ozone Boys currently hold the sixth seed (3-3).

When asked who Ball Don’t Lie was facing off against next week, “We’re playing Sin City next week and we’re coming.” who currently hold the same win percentage at .333 (2-4).