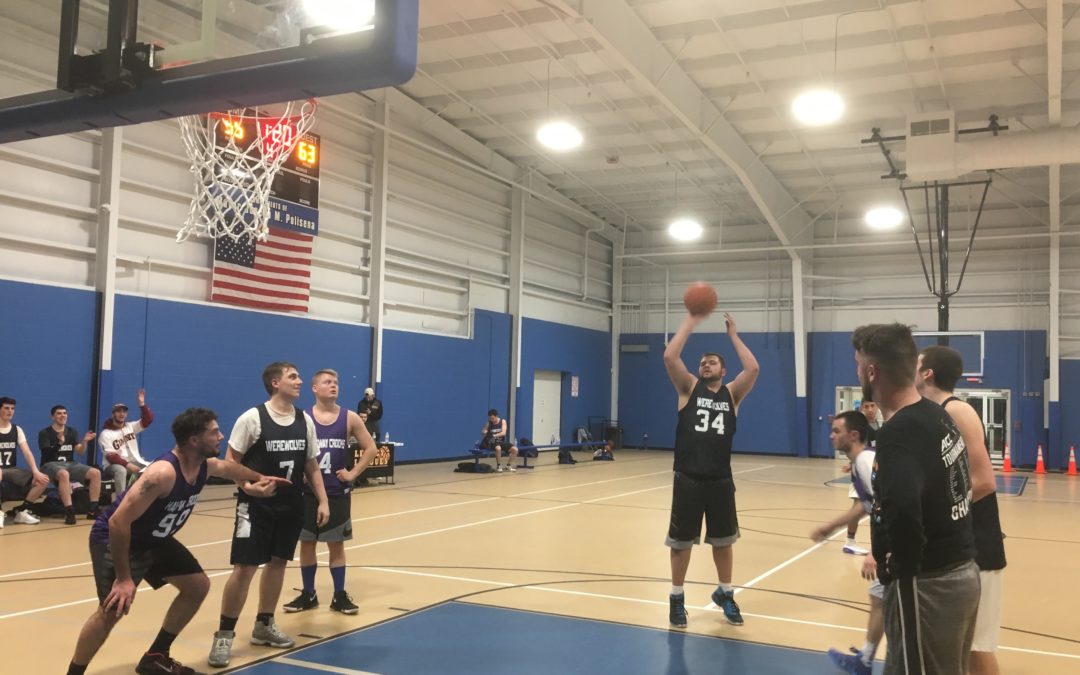 What makes a good team great is every player on the team knowing his role and embracing it to the fullest. Nobody has found a way to embrace their role more than the Werewolves’ Brad Allen. Playing alongside Brian Heston and Gino Forte who are the team’s primary ball handlers, Allen knows it is his job to control the paint on both ends of the floor.

Allen’s hard work has payed off, especially these past two weeks as he has stepped up big time when his team has needed him. He came on strong against the Average Joe’s, posting a double-double with 15 points and 15 rebounds, eight of which were offensive boards.

He would follow up that strong performance with a big-time bucket against the Wild Hogs. Forte drove down the lane in a tie ball game and put up a floater. Forte’s attempt would fall just short of the rim, and Allen was able to swoop in for the put-back layup as time expired.

“I’m just out here playing my role,” Allen said after his big shot in Week 4.

Aside from controlling the glass, Allen has been a terrific rim protector averaging 2.3 blocks per game, which is good for third in the league. He is also shooting a league-leading 70.6 percent from the field.

With a tough stretch of games coming up for the Werewolves in the second half of the season, they’re going to need Allen to continue doing all the dirty work. With Heston and Allen controlling the paint, the Werewolves are going to be a tough out for any team come playoff time.

No Easy Buckets: An ESPN 30 for 30 story about the Heroics of Brad Allen pic.twitter.com/PIdTWrYMd3