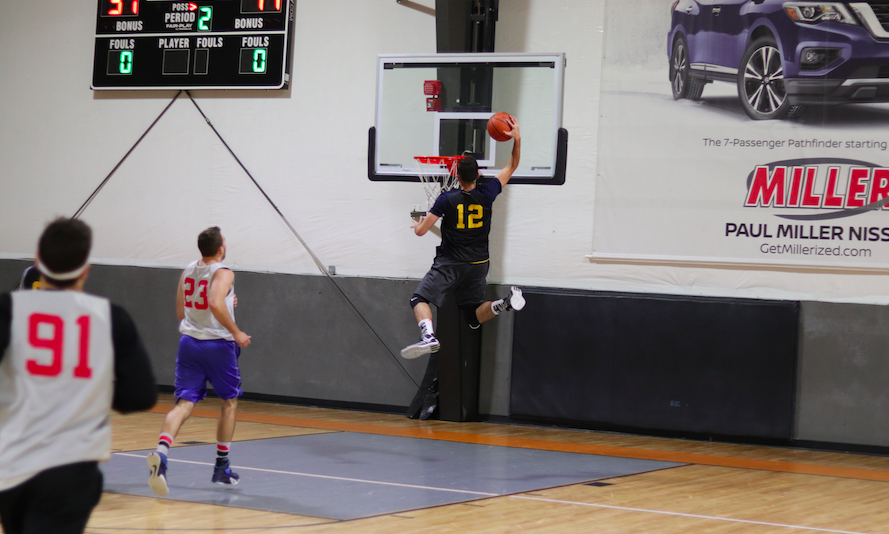 The Flint Tropics continued their hot streak as they defeated Goon Squad, 74-61.

Unlike the other games that took place Monday night, this one was a more even matchup and one that was also closer in score. However, the Tropics were still able to cruise past their opponent to win their fourth straight game in a row.

The Tropics were powered offensively behind Mike Bozzuto, who posted 25 points at 58.8 percent shooting from the field. Nick Japs and TJ Gianni also played well offensively, as they combined for 28 points. Gianni also had four defensive rebounds.

Their offense started the game on a 12-4 run and Goon Squad was never able to take the lead. They were outscored by the Tropics in every quarter except the third.

Goon Squad saw another strong game from Matt Marconi. He lead all scorers with 28 points, adding seven rebounds and two assists. Marconi is less than 150 points away from being apart of the 1,000 point club. Dom Migliaro had 12 points, shooting 50 percent from both the field and 3-point range.

As a team, the Flint Tropics had 16 assists, compared to their opponent, who had a collective three assists. Cody Doubleday had five of their 16 assists. The ball movement on their side played a key role in the sucess of their offense. Doubleday had a quiet night, putting up only two points and grabbing three rebounds. He found himself in foul trouble, which caused him to spend a decent amount of time on the sideline.

In Week 6, both teams will face easier opponents. Goon Squad, who hasn’t won a game since their Week 1 win against Blood, Sweat & Beers, will match up against Semi Pro.The Tropics will face the 1-4 Stranger Danger as they look to win their fifth straight.