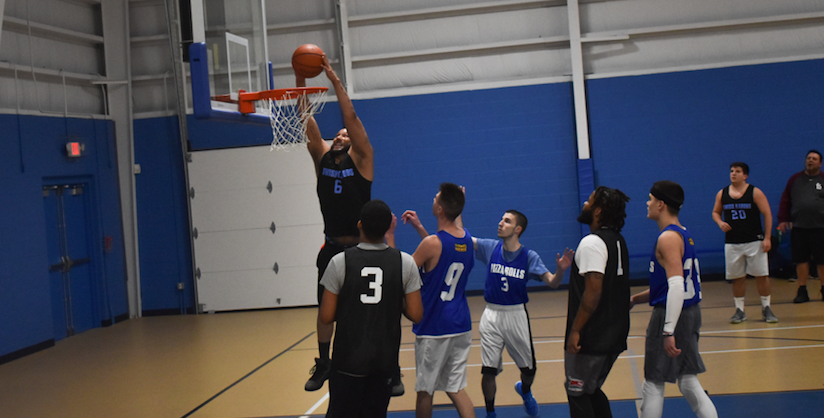 On a night of great scoring performances in the basketball world, an important questions needs to be asked. What is the difference between James Harden, and Greg Bell? The answer is a single point.

In a crushing 144-79 victory for The Swish Kabobs, Greg Bell poured in 60 points on 94 percent shooting from the field.

The Swish Kabobs got it going early, and kept the foot on the gas the whole game as they constantly scored on fastbreak dunks. Defense led to offense on a consistent basis, they were able to limit the Pizza Rolls to a dismal 34 percent from the field as a team.

“It feels good getting 60 points” Bell said. “But, Tyler got a triple-double…It feels good to get 60 points with the whole team.”

Tyler Barbosa put together an impressive stat line contributing 15 points, 18 rebounds, and 30 assists. The Pizza Rolls were led by Rocco Lombardi who contributed 30 points for his team, with half of them coming from behind the three-point line.

The Swish Kabobs improve to 5-0 as their undefeated season remains intact. However, they will be tested by the reigning champion Lob City next week. Both teams are undefeated, and the Swish Kabobs understand they have their hardest test coming soon.

As for The Pizza Rolls, they notch another number in the losing column as they fall to 0-6 on the season. They will look to get their first win next week against The Boston Blazers.