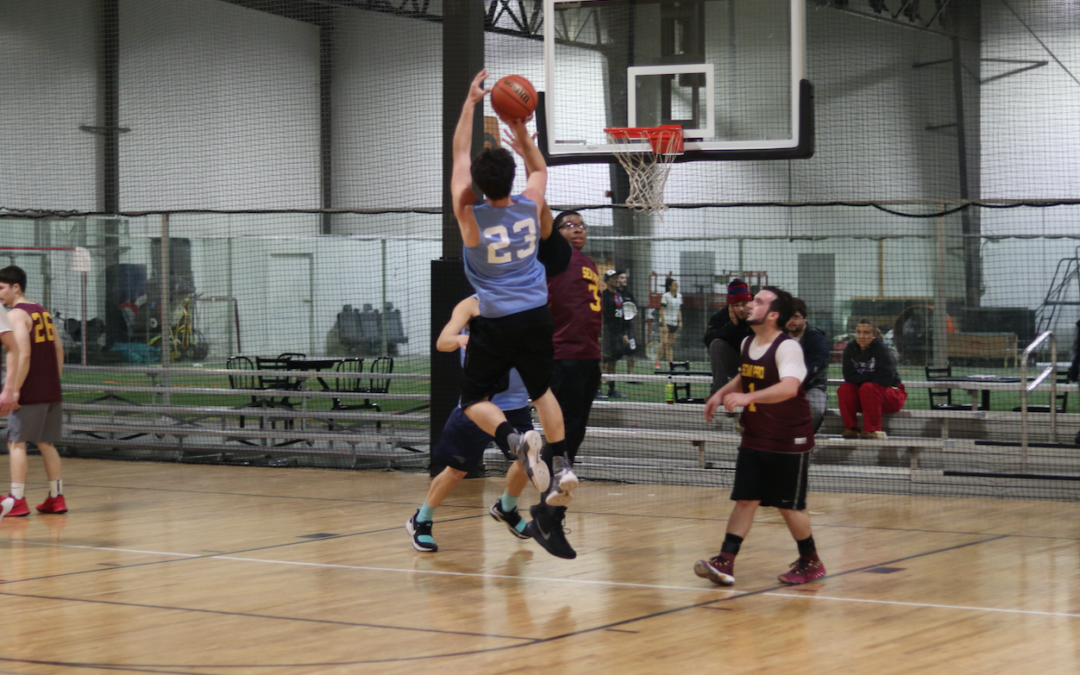 Despite being down multiple key contributors, the Blood Sweat & Beers bench stepped up to outscore their opponent 32-8 in the fourth quarter. In a game where the odds were against them, BS&B showed courage and heart to take down Semi Pro, 73-48.

Robo Peryer provided most of the offense, scoring 25 points and corralling 12 rebounds for a double-double.

“We have been friends for a long time and we have been playing together since high schoo,” Peryer said. “We play good together we have good chemistry, and when it comes down to it we can play ball.”

BS&B’s good chemistry was on display tonight, as all four of their active players managed double-figures in the win. John Brolet matched Preyers 12 rebounds, solidifying a quiet double-double. BS&B moved their feet and played smart on defense, only committing three fouls all game.

Semi Pro played another game to forget with their only hope being Jesse Doucette’s 17 points, which was just not enough. Semi Pro turned the ball over 10 times and hacked their opponents 17 times. They shot a miserable 29 percent from the field, shooting 19-for-65. It was a sloppy game in all facets for a still winless team.

Fortunately for them, they play another team they on paper match up well with. Doucette will have to bring his same energy facing off against a hot-shooting Luke Riccio and Shooters Shoot.

As for the confident BS&B they will get some of their guys back next week when they take on the Washington brothers and the Chasers. However, Preyer seems to have the answer that could propel his team to victory.

“We just slow it down, limit turnovers and hit shots,” he said.