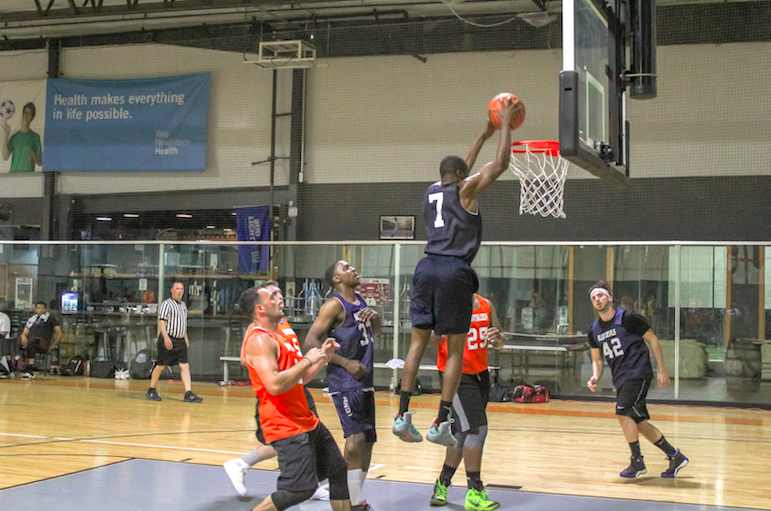 The Blue Devils finally got their first win of the season on Monday night in an 85-32 blowout of shorthanded Sportslook. Sportslook came close to scoring the least amount of points in the history of Legacy Leagues. The Blue Devils came out hot and aggressive defensively and the route was on early.

“Like Lebron said, It’s about damn time,” members of the Blue Devils said following the victory.

Sportslook only rolled out four players this week, which gave them a disadvantage against a full-strength and hungry Blue Devils roster. This Blue Devils team has shown the talent they have, but their inability to mesh together was their weakness. They were able to fix that problem in Week 5.

“They had four people and we came out and played together tonight,” Echols said.

The Blue Devils had five players score in double figures and the ball movement was much more evident as they had 20 assists and shot 57 percent from the field. Scotty Landon led the way with 17 points and nine rebounds. The strong defense also forced nine turnovers and Sportslook to shoot only 23 percent.

The Blue Devils move to 1-4 and look to collect their second-straight win in Week 6 against a 0-5 Above the Rim team. Sportslook falls to 2-3 and will look to get back on track against Run TMC in Week 6.

The Blue Devils as a team had a message to the rest of the league after their Week 5 contest.