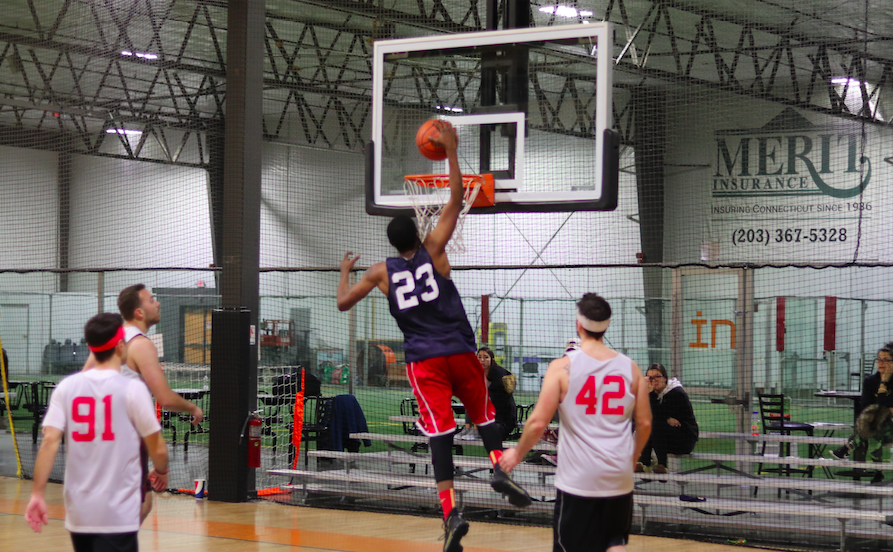 After losing a close game in Week 1, the Blue Devils have now won three games in a row after defeating Goon Squad, 79-64, on Monday night.

The Blue Devils (3-1) proved that they were a legitimate contender when they beat The Chasers last week. They started out slow in this game, as they trailed 23-13 after the first quarter and 38-35 at halftime. Once the third quarter began, though, the Blue Devils started to pressure Goon Squad (1-3) into taking contested shots and to turn the ball over.

“We changed our defense. We went to our full-court press,” Blue Devils’ Steven Echols said.

The Blue Devils used a balanced scoring attack, with six players scoring nine points or more. Davon Pratt led the way with 18 points, seven rebounds and four assists. Four-time Legacy Leagues All-Star Mike Davis was quiet in this one, as he scored just 10 points on 4-of-9 shooting.

Brandon Massaro played well in a losing effort for Goon Squad, as he scored 24 points. Goon Squad turned the ball over 13 times in this contest, and the Blue Devils’ full court pressure was simply too much to handle at times.

The Blue Devils will try to win their fourth consecutive game in Week 5, as they take on Team Moose (3-1), who is coming off an impressive win over the Temptations. Goon Squad will look to get back into the win column next week, facing off against the Flint Tropics (3-1).