Blue Devils hold off Above the Rim in final quarter 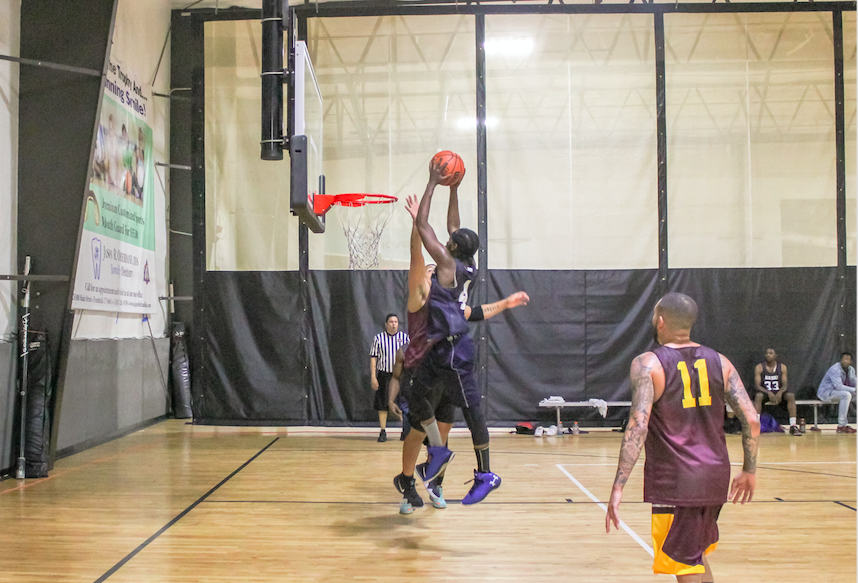 Two teams near the bottom of the standings looked for much-needed boosts on Monday night in Trumbull, Connecticut and it came down to the wire.

Although Above the Rim (0-6) trailed the Blue Devils (2-4) for the majority of the game, a bounce-back fourth quarter gave Above the Rim hope late in the contest.

With the score at 73-70 in favor of the Blue Devils and just seven seconds remaining in the game, Above the Rim had an opportunity to inbound on their side of the court. The game’s leading scorer Percel Boyd had the ball in his hand and launched a heavily contested three-pointer for the tie, but his shot refused to fall as a result of stellar defense from the Blue Devils, who eventually finished the 75-70 win off.

Despite the untimely miss, Boyd racked up 23 points — albeit on 25.8 percent shooting from the field and 31.3 percent from beyond the arc — and had some help from Eric Windley and Jay Ramos, who both posted 16-point nights.

A more cohesive looking Above the Rim team took this one to the dying seconds, but once again failed to find their first win of the season.

On the other side, the Blue Devils just barely made it out alive at the hands of their resident big three of Steve Echols (17 points), Scotty Landon (16 points) and Perry Sledge (15 points), who contributed to 64 percent of their team’s scoring.

It should be important to note, that the win also came without their leading scorer Matt Marconi, who is good for 15 points per game through five games played this season.

It’s still a long road ahead for both of these squads, but the Blue Devils earned the silver lining with a win in this one and perhaps some added motivation to compete with one of the league’s best teams, the Rim Breakers (5-1), in next week’s matchup.

As for Above the Rim, their search for that single line in the wins column continues when they face off against J’s Treys & Fadeaways (2-4) in Week 7.