Blue Devils start hot, hang on to defeat the Temptations 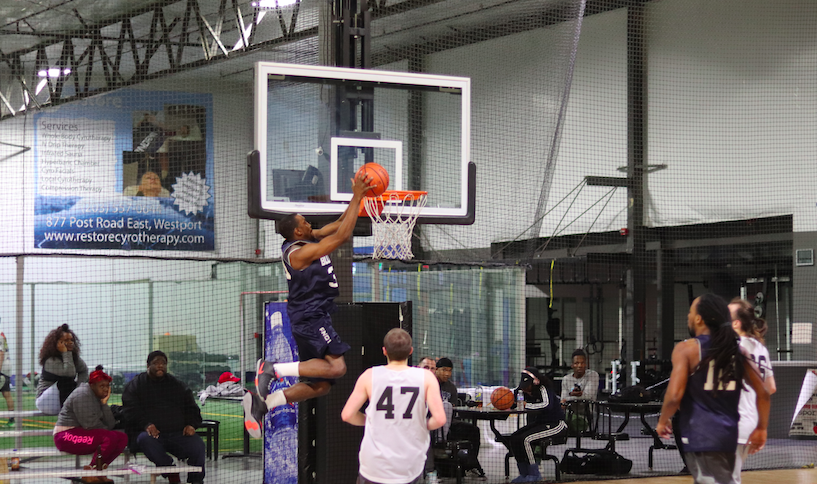 Both teams shot the ball very well, as the Blue Devils shot 51.5 percent while the Temptations shot 54.0 percent from the field.

For the Blue Devils, Mike Davis was his usual self, scoring 27 points on 64 percent shooting while also grabbing six rebounds and handing out six assists. Davis is a legitimate MVP candidate as we head into Week 7. On the season, Davis is averaging 26.8 points, 5.2 rebounds, 5.3 assists while shooting 54.7 percent from the field.

Markey DesRuisseaux also had a strong game with 19 points while showing off his incredible athleticism on numerous occasions. Davon Pratt scored 17 points in the win, as well.

Carmine Santorelli had a monster game for the Temptations, scoring 36 points to go along with nine rebounds and six 3-pointers. Nick Santorelli also hit six deep balls and scored 22 points on 8-of-11 shooting. The Santorelli brothers combined for 58 of the team’s 89 points. As a team, the Temptations made 14 3-pointers on 33 attempts (42.4 percent).

“The Temptations are a good team,” Blue Devils Davon Pratt said. “You can’t take anything away from them.”

The Temptations will look to get back into the win column in Week 7 as they match up with The Throne (2-3). The Blue Devils will go for their six straight victory in a game against the Monstars (4-2).