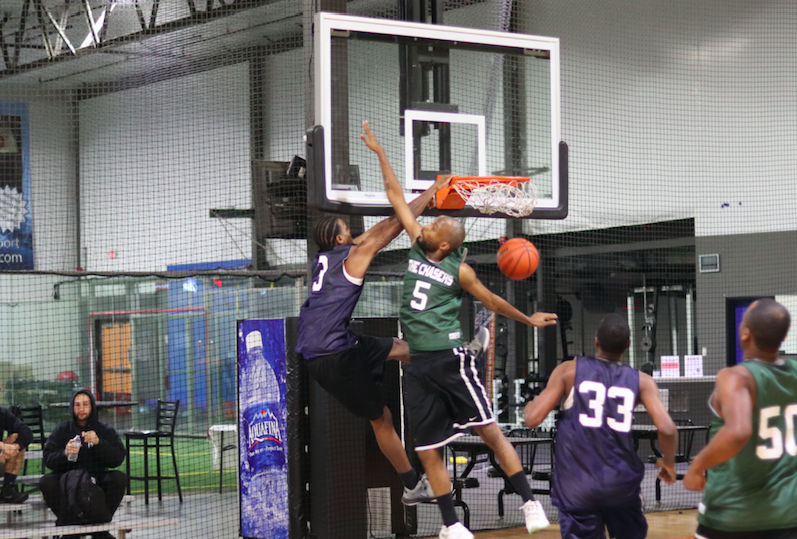 The Blue Devils (2-1) played with grit, determination and a whole lot of heart, as they earned a hard-fought battle on Tuesday against The Chasers (2-1), 67-56.

Their vocal leader both on the floor and on the bench, Marquis Long, may not be the most proficient scorer in the Legacy Leagues, averaging about seven points per game, but he brings a contagious energy to the Blue Devils.

“Got to pick the other guy up, always,” said Long. “Just keep playing hard.”

Long could be heard throughout the building Tuesday night, always having faith in his teammates and expressing  the will to win.

Mike Davis, who eclipsed the 1,000 career point mark in Week 2, continued to impress with 23 points to go along with four rebounds and three assists. The Blue Devils defense frustrated The Chasers all night and forced them into shooting 39 percent from the field and 29 percent from beyond the arc. They’ll look to keep the momentum going against Goon Squad (1-2) next week.

The Chasers were without the Washington brothers, who were averaging 23 points per game as a pair. Despite the big losses, other players stepped up in their absences to keep them in the game. The team, though, game up just short. Team Rebounding numbers  were about even, but the lack of substitutions ultimately led to the defeat. The Chasers’ leading scorers were Jhamal Jones with 12 points and Jayron Vines with 11 points. They’ll look to get back on track against against The Throne (1-2) next Tuesday.

Following the win, Blue Devils’ Steven Echols had some strong words for the rest of the league:

“I don’t like nobody in this league besides the people on my team.”