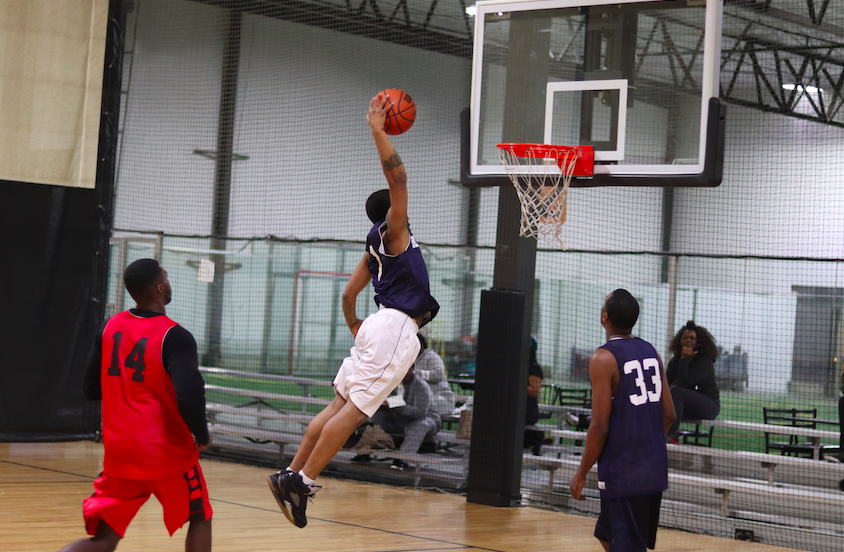 Thanks to a huge run in the second quarter by the Blue Devils, they were able to win their eigth game in a row against the Rim Breakers to close out the regular season, 81-66. The Blue Devils outscored their opponent 27-6 in the second period thanks in large part to Destin Simmons and Davon Pratt.

The Blue Devils are now 8-1 going into the playoffs with their only loss coming to No Limit in Week 1. The Blue Devils have locked up a top-three seed, and will lock up a first round bye with a No Limit win or a Chasers loss on Tuesday night.

The Rim Breakers now sit at 5-4, and will be entering the playoffs as a six, seven or eight seed. They hold the head-to-head tiebreaker over the also 5-4 Flint Tropics.

Mike Davis racked up an impressive 11 assists to go with his 16 points in what was an off shooting night for the former MVP. Destin Simmons led the team with 24 points, while Steven Echols led everyone with 15 rebounds. The whole team was hot shooting the ball, as five of their players racked up double-digit points.

For the Rim Breakers, Kievon Turnbull was hot scoring 23 points on 62.5 percent from the field. Darnale Huckaby, Ernest Henry and Tevin Jones combined for 35 points. In the end, the Rim Breakers were unable to get enough stops or force the Blue Devils to take poor shots.

The Blue Devils haven’t lost since opening night, and now will look to ride that momentum to the Finals. Should they make it that far, they could very well see the team they lost to in Week 1, the undefeated No Limit, with a chance to right their only wrong of the season.