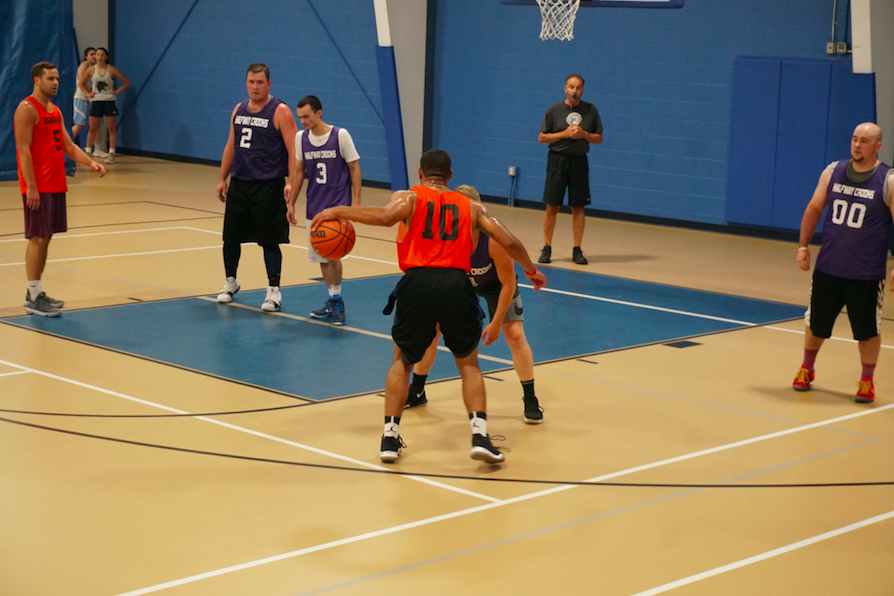 Boom-Shakalaka faced off against the Halfway Crooks looking to bounce back from a tough loss to Lob City last week. They most certainly did that by coasting to any easy victory, 86-55.

Nate Stichell led the way for Boom-Shakalaka finishing with 31 points, to go along with eight assists and plenty of high-flying dunks. Lucas Martin was feeling himself from downtown once again, as he was able to notch six triples. John Stein led the way for the Halfway Crooks finishing with 18 points and eight rebounds.

The Halfway Crooks came down their first possession and nailed a corner three, only to be matched by Stichell coming down the other end. From there on Boom never looked back, finishing out the first quarter on a 20-5 run.

Trevor DiMicco controlled the glass as he was able a snatched 13 rebounds and made a lot of great outlet passes to get his team on the break.

Marc Belleville made his first appearance of the season, but is no stranger to the Boom-Shakalaka crew. He was very aggressive and ready to score finishing with 17 points. He also held his own on the defensive end racking up four steals, out of their 11 total as a team.

The Halfway Crooks showed signs of life at times, but in the end they were overmatched. They are known for their slow starts, and it was the same story tonight. However, something positive to take away from this game was John Slein, who was a force down low. His size and post technique allowed him to get where ever he wanted to inside.

If Slein can continue to play at this level, and they can get somehow get out of their first quarter funks, then they could make some noise come playoff time. The Halfway Crooks will look to bounce back in their second game of the week against their rival Werewolves, and Boom-Shakalaka will face off against a streaking Swish Kabobs squad.