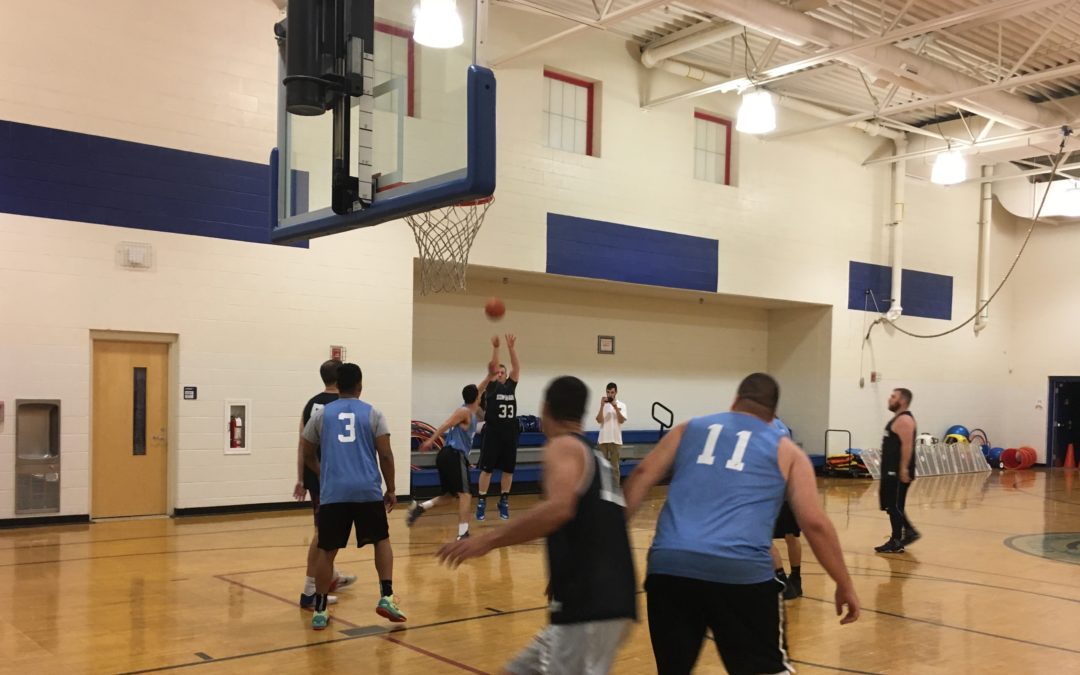 The Skyhookers had three players score more than 20 points each, but ultimately they fell short. Lucas Martin led Boom-Shakalaka in scoring for the second-straight week (21 points), while Camara added 20 points after missing last week’s game.

“We moved the ball around, and played well,” Boom-Shakalaka’s Jeremy DiMicco said. “We did what we needed to do and kept them from getting second-chance rebounds. We played well as a team tonight.”

Boom-Shakalaka has relied on their size all year long, and they know how to use that to their advantage. Another aspect Boom-Shakalaka excels at is outside shooting. They shot 50 percent from behind the arc Wednesday night, and Marc Bellville went an impressive 3-of-4 on his way to 19 points. This win also gives Boom-Shakalaka the series sweep in the regular season against the Skyhookers.

Next week, the Skyhookers face off against the Werewolves, who they beat by only seven points a few weeks ago. The Werewolves are on a three-game losing streak, so both teams will be amped up for the rematch.

Coming off of their second-straight victory, Boom-Shakalaka is starting to gain some confidence and momentum, as they look towards the quickly-approaching playoffs. Next week Boom-Shakalaka will face off against the also 4-2 Halfway Crooks. In their previous matchup Boom-Shakalaka won by 45 points, and had three players score over 20 points.

Ryan Rawnsley joked around after his team’s Week 6 win, and wants everyone to know they are coming for the Halfway Crooks.

“(Commissioner) Joey Zocco sucks,” Rawnsley said. “He’s trash honestly, and there is no game plan necessary (for next week).”