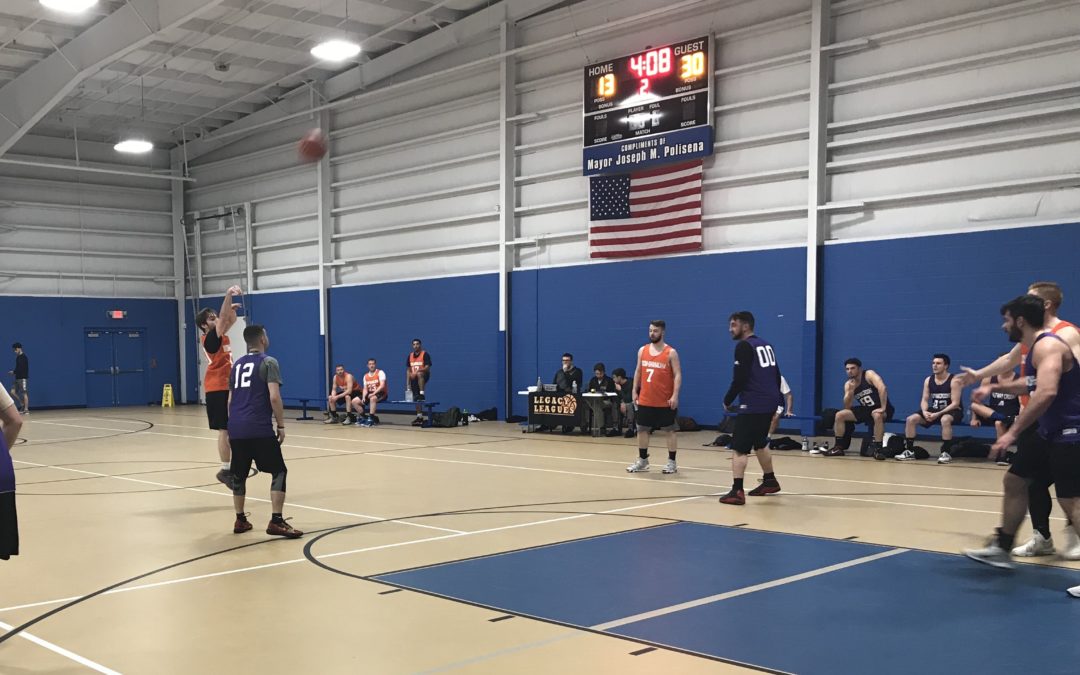 In the first matchup of Week 3, Boom-Shakalaka came in looking to continue their hot winning streak against the hungry Halfway Crooks. Coming into the night, Halfway Crooks had lost their first two games previously so they were eager for a victory, especially after the tough overtime loss they took to the Werewolves in Week 2.

Right from the start of the game Boom-Shakalaka had control and they dominated till the very final horn. Brandon Sweeney scored 21 points and had six rebounds and five assists to go along with it. Also new addition to the team in Week 3 Nate Stichell was huge with 20 points and picked seven pockets which reflected their harassing defense throughout.

“I think we have what it takes to win the championship” Boom-Shakalaka’s Stichell said.

Stichell seemed very confident in his postgame interview, giving the rest league the feeling he believes they really can go all the way. The team certainly showed what Stichell talked about in tonight’s landslide of a victory.

Even though Halfway Crooks fell to Boom-Shakalaka in their matchup this week, there were still a few bright spots for the Crooks to take with them into Week 4. Jared Hanson managed 10 points while dishing out four assists to his teammates, and Justin Kolenda put up nine points along with grabbing six rebounds and picked up five assists as well.

It has been a tough start to the season for the Halfway Crooks (0-3), but it is still early enough for them to bounce back. They will look to do so as they take on the red-hot Swish Kabobs in next week. Boom-Shakalaka (3-0) will look to continue their great streak when they face off against the Green Squad, which should turn out to be one of the best games of the year.