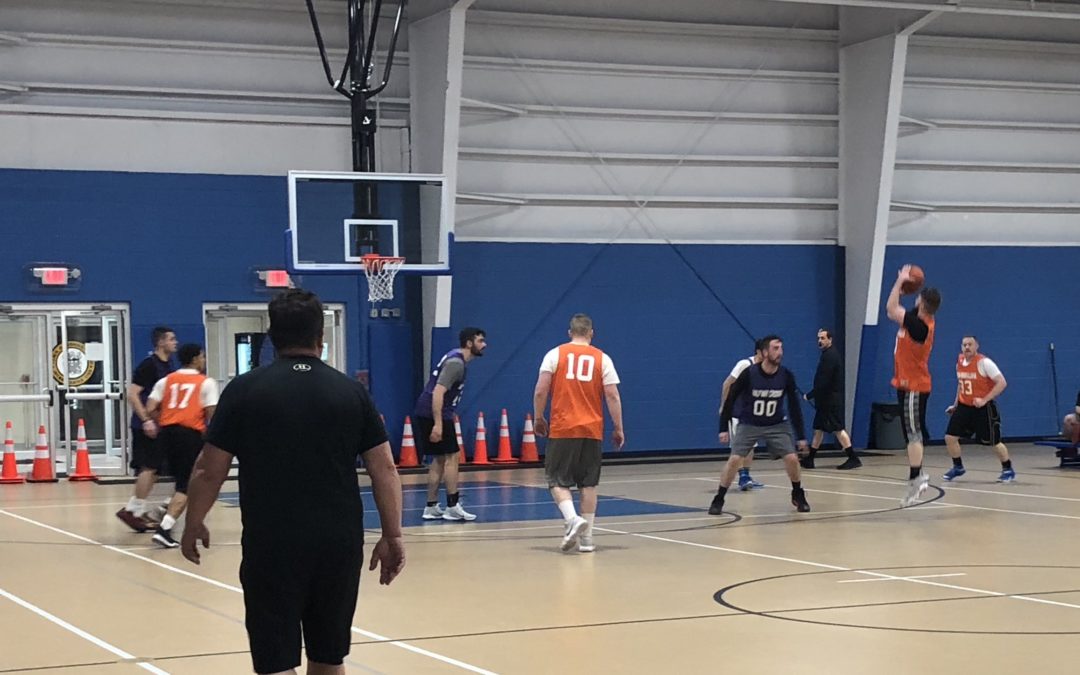 Boom-Shakalaka absolutely dominated the glass, outrebounding their opponent 49-27. Building off of that 3-point shooting for them was a key factor as they were able to have their way all game while Halfway Crooks struggled throughout.

Leading the way for Boom-Shakalaka, guard Nate Stichell scored 23 points on 50 percent shooting from the field while also getting six rebounds and four steals, conquering both sides of the ball with a huge defensive presence to shake up the play of Halfway Crooks. In addition, all of their players were able to get into double-figures except one player, showing how they really had control of this game right from the jump ball. A player who really stepped up today for them also was guard Nathan Volatile, who scored 11 points while also snagging seven rebounds and stacked up the highlight reel tonight with two put-back dunks.

Halfway Crooks could never really get anything to go tonight as they struggled a lot from beyond the arc only shooting 25 percent, whereas Boom-Shakalaka shot 35 percent. One good thing to take away from tonight though for Halfway Crooks was the play of point guard Jared Hanson as he put up 23 points on 10-of-13 shooting from the floor, highlighting why he was selected into this season”s All-Star game. Overall, the Halfway Crooks had a good run, though, as they proved doubters wrong and upset Prestige Worldwide in the First Round.

With the Finals to be played next Wednesday, Boom-Shakalaka will be playing against a red-hot Green Squad who do not seem like they can be stopped by anyone in this league with the level they are playing at right now. Boom-Shakalaka will have to prepare for league-leading scorer, Cody Crawford, and his squad as the guard play is what it will really come down in the end and how they play him around the arc. This should turn out to be a showdown of a game as both teams from top to bottom are very talented on both sides of the ball.