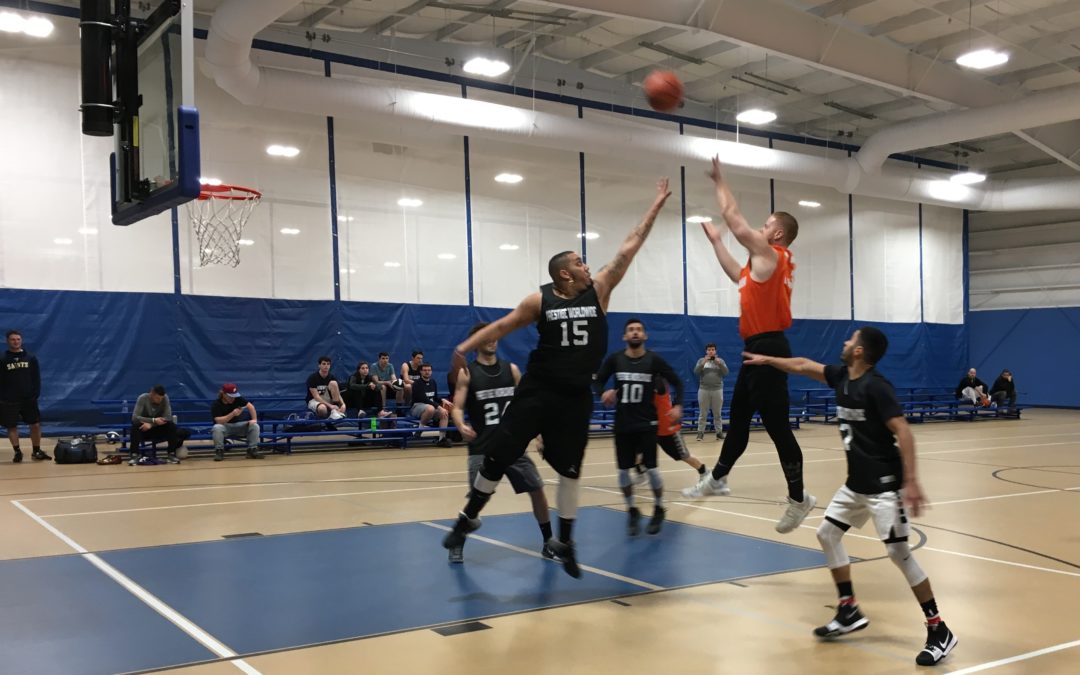 In a tough back-and-forth game Boom-Shakalaka was able to edge out Prestige World Wide by a final of 63-61. It was a well-rounded performance from Boom as they had four players score in double-digits.

Boom jumped out early on Prestige notching a 17-7 lead. Prestige was able to get some stops towards the end of the first quarter, but none bigger then Roger’s steal and buzzer beater pull up three to end the first and cut the deficit to five.

Prestige was without their point guard and leading scorer in Brian Yarce, but even shorthanded they gave Boom all they could handle. They did a terrific job of slowing the pace down and making teams play their style of basketball.

The game was a little sloppy at times as neither team was really able to give themselves any breathing room. A win is a win, though, and Boom-Shakalaka guard Nate Stitchell knows these are the type wins they’re going to need come playoff time.

“In the end obviously we wanted to clean it up as much as we could, but you saw how the game went,” he said. “It was kind’ve ugly, but it’s good to win those games.”

These two teams could very well meet again come playoff time, and with Brian Yarce back in the lineup it will definitely be an entertaining matchup to watch even more so then it was tonight.