Boom-Shakalaka executes down the stretch to hold off Swish Kabobs 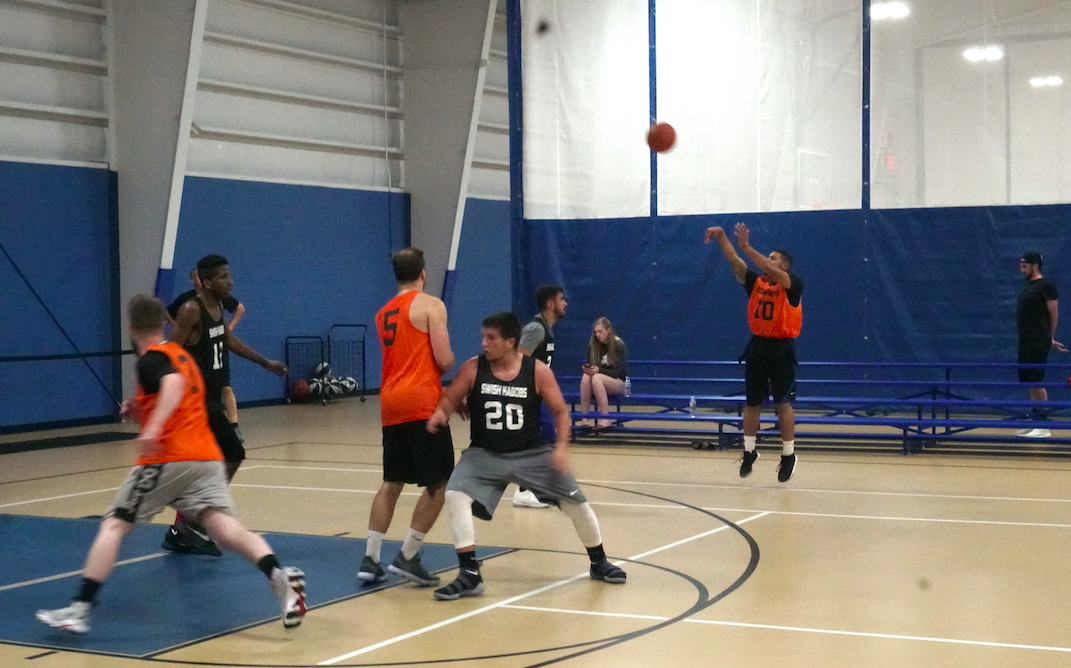 One of the more evenly-matched Week 1 games featured two returning teams from the Winter 18 season. Both teams retooled and adjusted their rosters, and those changes showed up on opening night, but it was two familiar faces who led the way as Boom-Shakalaka executed and escaped with the win over the Swish Kabobs, 90-81.

Boom-Shakalaka’s Nate Stichell led all scorers with 24 points, including four 3-pointers, and picked up right where he left off putting people on posters. Tyler Barbosa came up huge for the Swish Kabobs, leading his team with 21 points in the loss.

Boom-Shakalaka played more efficiently in the first half, building an 11-point halftime lead. The Swish Kabobs figured things out and adjusted, erasing the deficit to tie the game at 79 in the fourth quarter. Boom-Shakalaka closed the game on an 11-2 run and seemed to out-execute their opponent down the stretch.

“We have to stay together and work the ball around a little more,” Stichell said. “I know I got a little selfish and got a little excited in the first game of the season, but once I start facilitating more and getting these guys going it related back to my offense.”

Stichell’s teammates helped out big time Tuesday night. Lucas Martin banged in six threes and finished with 22 points, while Trevor DiMicco was a force down low scoring 19 points on 7-of-9 shooting.

Barbosa had some help from a Legacy Leagues rookie in Week 1. Randy Butler dropped 17 points and snagged six rebounds in his first game. The Swish Kabobs had four players reach double-figure scoring, while Boom-Shakalaka saw every player on their team get at least bucket.

Both teams felt heartbreak to end their Winter 18 seasons. The Swish Kabobs got trounced in the Semifinals to the eventual champs, Green Squad. Boom-Shakalaka lost in the Finals in double-overtime, and had multiple chances to win in the final possession of regulation and both overtimes. They are looking to avenge that loss this Summer without dwelling on something they cannot change.

“We are putting last year in the past.” Stichell said. “We had a rough end of the year. I think we are coming back stronger with some of the same guys and some new guys. I think it’s going to be a fun year.”