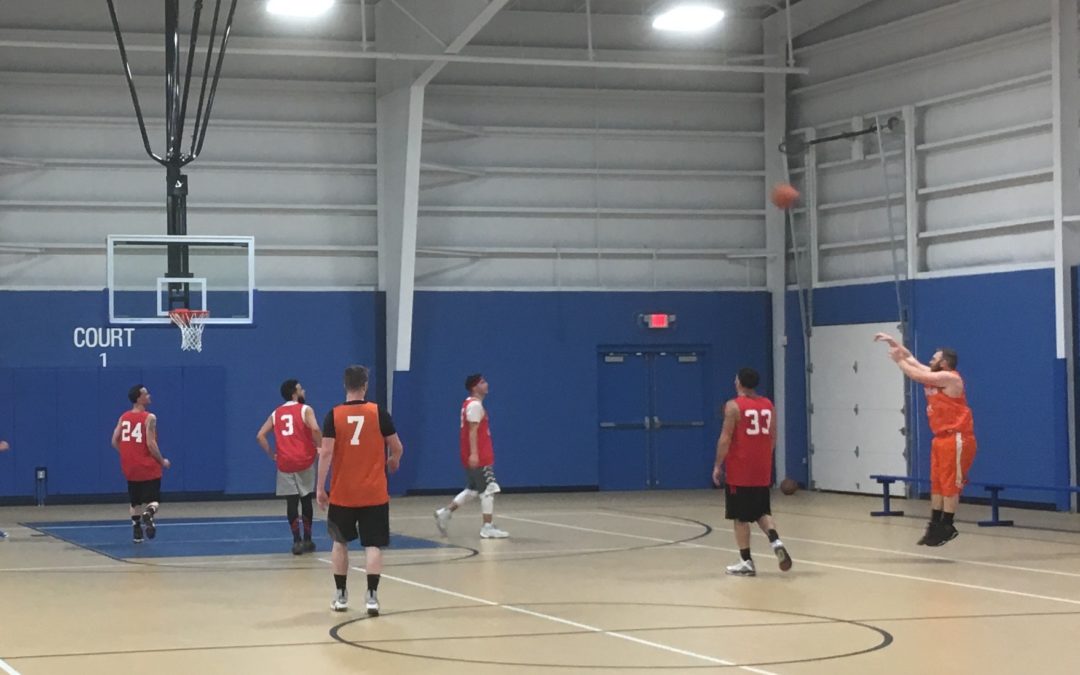 Behind lights-out shooting and pestering defense, Boom-Shakalaka was able to beat the Wild Hogs by more than 30 points, 82-48, in Week 1 of the Rhode Island Winter 18 season.

Lucas Martin was one of the standout players of the night for Boom-Shakalaka, scoring 13 points with four steals. The team’s harassing defense was too much for the Wild Hogs as they could never really make a dent into the deficit. Boom’s defense recorded 12 steals, while the Wild Hogs had just two.

“The talent’s there,” Boom-Shakalaka’s Ryan Rawnsley said. “We [have to] keep rolling and figure each other out, know where we’re going to be and hit our shots.”

The Wild Hogs kept it together in the first half, but by the time the second half came around it was too much and Boom-Shakalaka was too hot from the field and controlled the glass throughout the game.

Rawnsley and Marc Belleville combined for 30 points while also each grabbing seven boards. A big discrepancy was Boom-Shakalaka’s 43 rebounds to only 27 for the Wild Hogs, and 18 of those for Boom were offensive.

Looking ahead to next week, the Wild Hogs will play Prestige Worldwide as they look for redemption after a tough Week 1. Boom-Shakalaka looks to continue their hot start versus Average Joe’s next week in the second set of matchups.