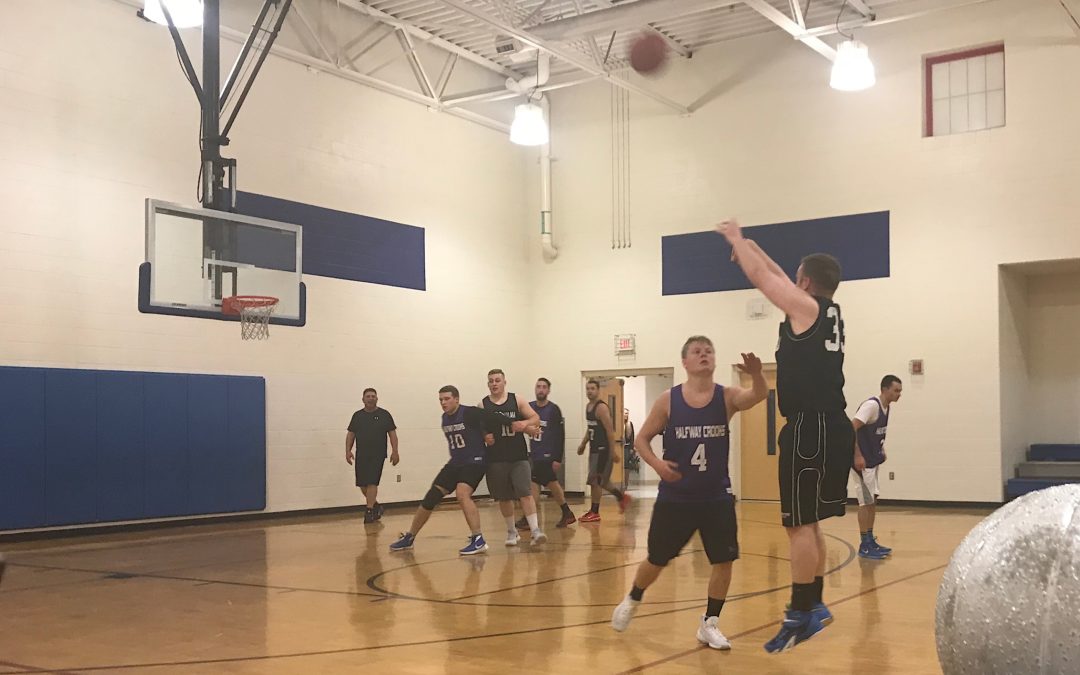 Marc Belleville got off to a hot start, as he dropped in 10 of his 14 points in the first quarter, but it was an all-around team effort led by Jeremy DiMicco, who poured in 22 points and 11 rebounds. Jared Hanson led the way for the Halfway Crooks as he finished with a game-high 23 points.

Boom-Shakalaka appears very confident heading into the Finals, but are definitely going to have to play as well as they did tonight and then some if they want to knock off the top-seeded and undefeated Alliance. Boom-Shakalaka rebounded and defended well in the first half, taking a 41-18 lead into the second half.

The Halfway Crooks did miss a lot of shots they tend to make in the first 20 minutes, but they were held to single-digit points as a team through the first two quarters. The Halfway Crooks were able to cut into the deficit in the third, outscoring Boom-Shakalaka 21-15, but were ultimately never able to get it back within ten points.

Both teams were missing some of their better players. The Halfway Crooks were without Tom Ferranti, who was unable to play after injuring his ankle in last week’s Quarterfinal win over Big Baller Brand. Trevor DiMicco was absent for Boom-Shakalaka. Perhaps if both were playing, we could have seen a much different game, and possibly a different outcome.

This has us set for a championship battle between the top-two seeds: The Alliance and Boom-Shakalaka. Both have clearly been the two best and most consistent teams this season. Between this championship showdown and the All-Star Game, next Wednesday will be a great way to finish out the first Legacy Leagues season in Rhode Island.

Boom-Shakalaka was immediately focused on their next and final task of the season.

“The Alliance haven’t had a close game yet this season…” Boom-Shakalaka’s Matt Camara said after his team’s Semifinal win. “They don’t know what it’s like to play in a close game. We’re going to show them.”