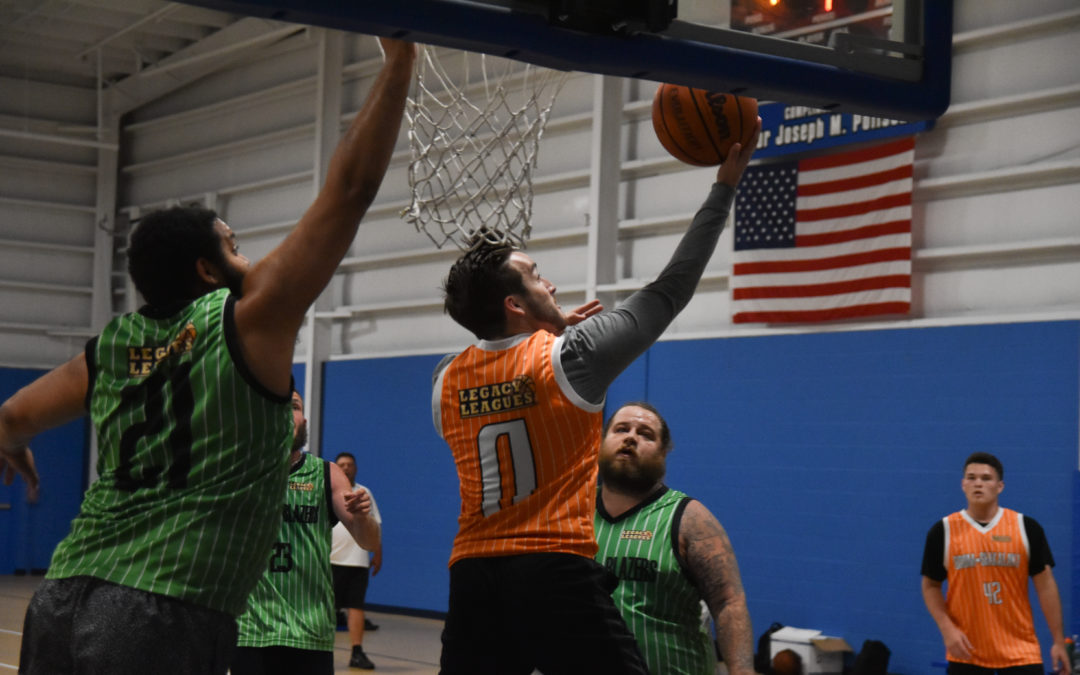 Boom-Shakalaka put their talent on display in the fourth quarter this week as they outscored the Boston Blazers 36-20. This dominant quarter was quite the step up after the game was very close through three quarters. Boom-Shakalaka ended up winning, 103-84, to improve to 8-0.

Despite the point differential at the end of the game, the Boston Blazers were in this game for a good portion of it. As a matter of fact, they went into halftime with a five-point lead. Boom-Shakalaka was able to turn things around late in the game as they started to run away with the lead.

Brandon Sweeney pointed out the reason they fell behind.

“(The Boston Blazers) play a grind it out type of game,” Sweeney said.

The Boston Blazers were able to control the tempo early. Sweeney goes on to explain that once Boom-Shakalaka was able to play “Boom Basketball,” they were able to run away with it.

Boom-Shakalaka has utilized the same playstyle all season, which includes pushing the tempo to get as many offensive opportunities as possible. Getting more opportunities has allowed them to have multiple scorers explode on the same night. This week was no different as Brandon Sweeney, Jose Mercado, and Lucas Martin each scored 28 points.

Meanwhile, for the Boston Blazers, they came out of this game with a positive attitude and a knowledge of what needs to be different if they meet Boom-Shakalaka again in the playoffs. They were led by Ade Bright with 29 points and Jermaine Patterson with 23.

Teams are starting to look toward the impending playoffs, but first, there is one more regular-season game. Boom-Shakalaka will be facing the Halfway Crooks, while the Boston Blazers will be going up against The Goodfellas.

Looking toward the playoffs, Brandon Sweeney said that the biggest thing for Boom-Shakalaka is to “stay focused” in the single-elimination tournament.

“There are a number of teams that are able to win on any given night,” Sweeney said.