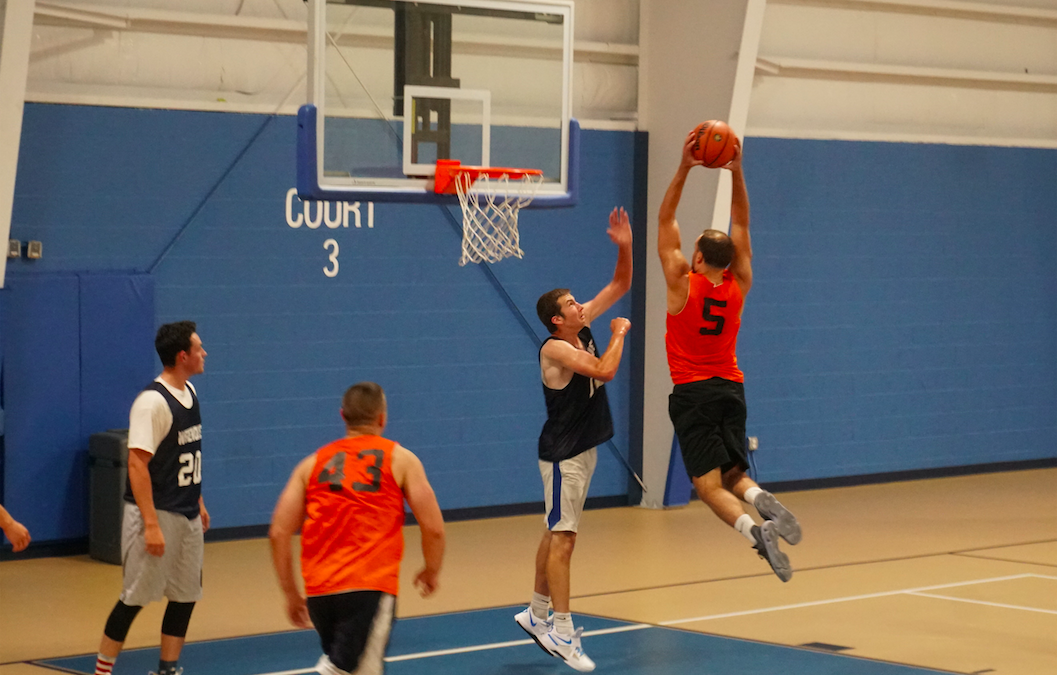 Every team wants to enter playoffs hot and that’s exactly what Boom-Shakalaka has done these past three weeks. The Werewolves were the latest victims on Boom’s three-game win streak, 67-45.

Boom-Shakalaka made it their mission to get the no. 1-seed and they took it by storm. It goes without saying that Boom-Shakalaka is one of the heavy favorites to win it all, right beside Lob City.

Marc Belleville has been a huge factor down the stretch for Boom-Shakalaka and he came through again this week with a double-double, 18 points and 11 rebounds. Belleville has only been on the court for four games this season, but he remains one of their most important players.

Trevor Dimico couldn’t let Belleville have all the spotlight as he notched a double-double of his own, putting up 11 points and 10 rebounds. Matt Camara contributed 11 points as well, and had some thoughts on what the team did to secure the win over the Werewolves.

“We just get guys attacking the rim,” Camara said. “Trevor’s all over the rim, dunking on everybody. Marc had a double-double tonight, he’s back from a long stint away from the team, and he’s already making an impact.”

The Werewolves didn’t get the outcome they wanted in this game, but can hold their heads high as they look to make a championship run as the fourth seed in the Summer 18 playoffs.

Brian Heston led the team with just 13 points, and the only other player to reach double digits was Gino Forte with 10. Heston added 10 rebounds to make it a double-double at least, but one look at the teams shooting percentages tells the whole story.

The Werewolves shot 29.2 percent from the field compared to Boom-Shakalaka’s 42.2 percent. That is a recipe for disaster and the Werewolves hope they can bounce back strong in their first game of the playoffs.

When asked whether the no.1-seed mattered to Boom-Shakalaka, Matt Camara had some confident words for the league.