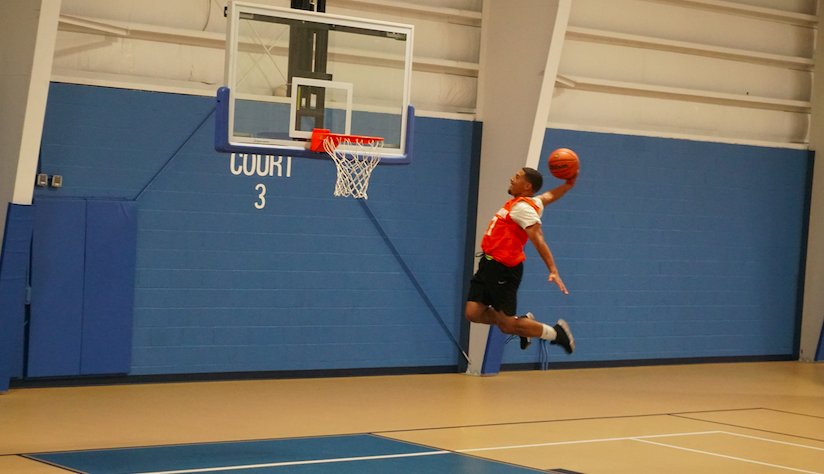 Despite being a highly-anticipated matchup from all the way back in Week 5, the game between Boom-Shakalaka and the Swish Kabobs still lived up to the same hype that it had generated from weeks ago. In a closely fought battle, Boom-Shakalaka prevailed to pull off an impressive 75-62 victory over the Swish Kabobs Thursday night.

Boom-Shakalaka came out of the gates hot, and was effective at getting to the basket early and often. After cruising throughout most of the first quarter, the Swish Kabobs offense would ignite in the second, causing issues for Boom-Shakalaka on the defensive side of the ball. Greg Bell and company went on a run to cut the deficit down to just four points at the half.

Once in the second half, Boom-Shakalaka would gain some momentum and began to assert themselves more offensively.

“Nate (Stichell) came alive in the fourth quarter,” Boom-Shakalaka’s Brandon Sullivan said. “That’s what put us out in front, and got us of out of a standstill.”

Aside from just Nate Stichell’s late-game heroics, the true thorn in the side of the Swish Kabobs was the dynamic duo of Mark Belleville and Trevor DiMicco. Combining to score 44 of their teams 75 total points, their efforts fell nothing short of spectacular.

DiMicco truly put on a dunking clinic in this one, soaring to the rim on multiple occasions, while Belleville caused headaches with his ability to score effectively from inside and out.

This was a big win for Boom-Shakalaka, defeating another quality opponent to improve to 6-1 on the season. Meanwhile the Swish Kabobs fell to a still-impressive 5-2, with plans to get back on track next week in a matchup with the Halfway Crooks.

Whilst there is a definitely a handful of competitive teams in the league this season, Boom-Shakalaka seems to only be worried about one of them.