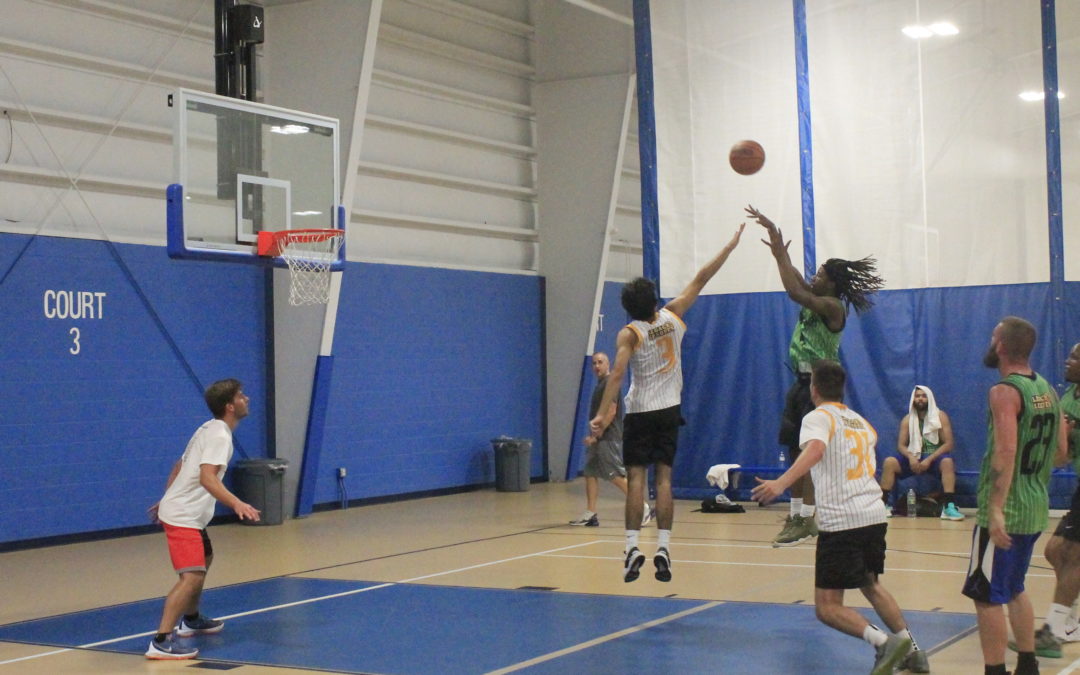 The Boston Blazers throughout the season have struggled against younger teams due to those teams’ speed and athleticism. Despite struggling against The Goodfellas, the Boston Blazers were able to win in Week 9,  68-62.

“I think we’ve just got to play our game and stop playing the other team’s game,” Ade Bright said. “I feel like every team we’ve played, we always match up to their competition, whether they’re better than us or worse than us.”

The Boston Blazers have a balance of athletic guards in Bright and Terrence Gallo, with a multitude of shooters in Corey Strickland, Jermaine Patterson and Peter Varjabedian and a solid inside presence in James Mitchell.

Throughout the game, you could hear Bright telling his teammates to play their game. When they are playing the other team’s style you will often see Boston Blazers players playing away from their strengths.

“Everyone’s just got to shoot their shots and know what you’ve got to do,” Bright said. “We’ve got a lot of talented people. We just have to utilize them.”

The Boston Blazers in games against younger teams have settled for three-point shots even though they normally have the strength and size advantage down low.

With the playoffs starting on Sunday it will be important for the Boston Blazers to be who they are and play to their identity that allows them to compete closely with the top-tier teams of the league.

“I feel like its once we’re in the playoffs anything can happen,” Bright said. “I feel we’re honestly able to beat any team in this league when we’re at our best.”