Boston Blazers explode in the second half to win big 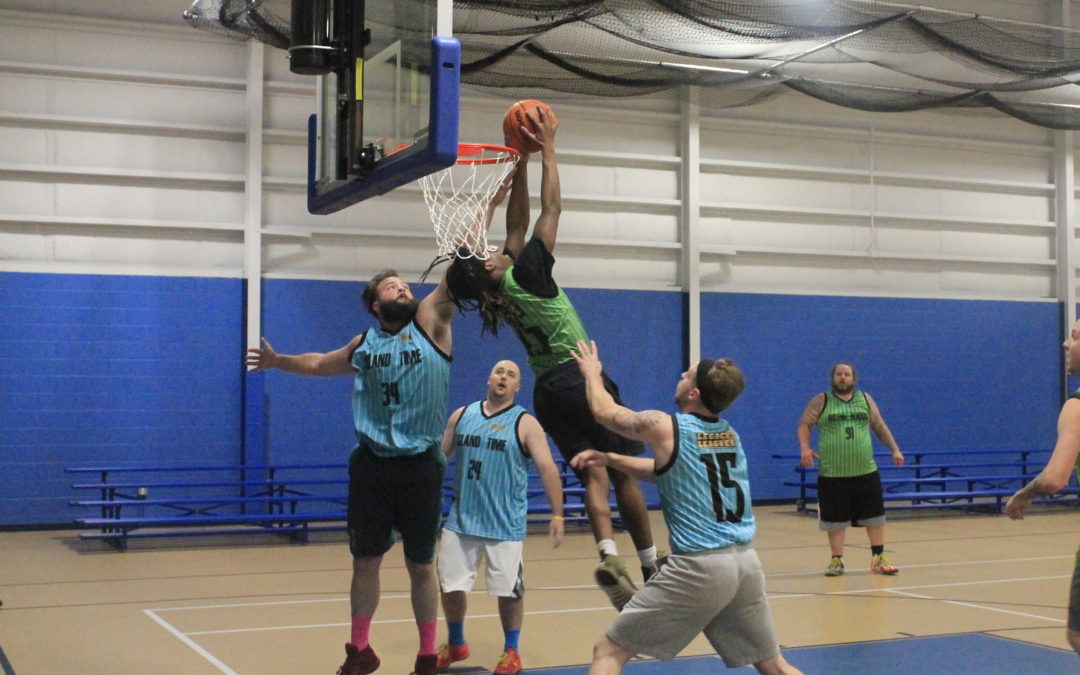 In another week full of exciting games the Boston Blazers picked up their second win, 73-49, while handing Island Time their second loss of the young season.

This game was a battle, with extremely physical play from both teams.

“This will be one of the most physical games you will see,” Strickland said.

Island time did not thrive in the physical playstyle as well as the Blazers did. They only managed to pull down 18 rebounds while the Boston Blazers took in 43 boards.

This game was close early, with the Boston Blazers only up by two points at the half. Then in the second half, they wasted no time as they pulled away. After a little bit of a slow start, the Boston Blazers started hitting more shots and continued to play tough defense.

I had the chance to speak with Robert Boynton after the game, and he pointed out that the team was able to come together and endure in the second half. It was truly a balanced attack from the Boston Blazers. They had contributions from every member of the team including four people with double-digit scoring numbers.

Corey Strickland led the team’s scoring with 17 points, followed by Ade Bright and Robert Boynton with 14 points each.

Island Time did have a few players put up solid numbers despite the loss. Dexter Ioux led all scorers with 21 points, and Mike Wilbur added on 15 points of his own.

Island Time will look to get their first Legacy Leages win against the Stampede in Week 3, while the Boston Blazers will play another undefeated team in Good U.