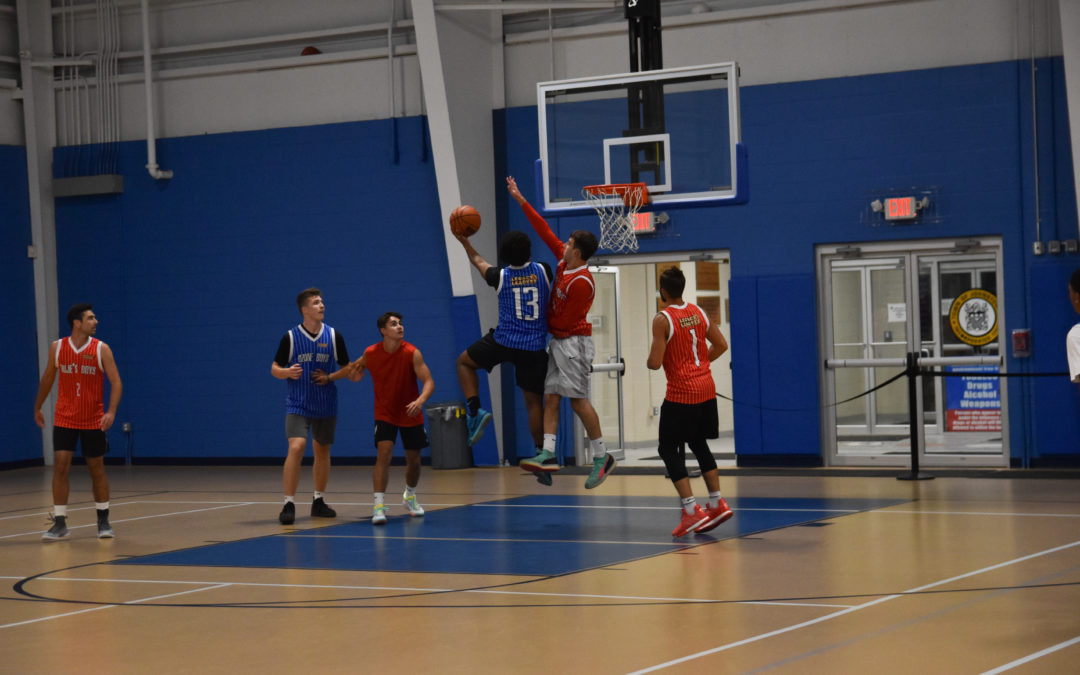 It was certainly a thriller between the Ozone Boys and the Duje’s Boys on Tuesday night as they faced off to battle for playoff seeding. From start to finish, it was gritty, physical and emotional, but the Ozone Boys were able to hold on in the final minutes to a 60-58 win.

From tip off, Shaine Patrick worked to get in the youthful Ozone Boys heads and give his team the upper edge. This only sparked the Ozone Boys to stay focused and keep working to get the victory. Jason Larosilliere led the way with 26 points and Noah Berg added 22 points.

The tandem, who had to support their team without the Hogan brothers for the majority of the game, were very consistent. Berg never shied from his three-point shot and Larosilliere was a menace driving into the paint.

For the Duje’s Boys, John Coutu had himself a solid game with 21 points and kept the offense moving. He was their spark hitting a couple of three’s in a row to give them a lead in the fourth quarter. In the last minutes, their offense went stagnant. An off day from Zach Tartaglia who struggled with the physical defense from the Ozone Boys was unable to get anything going.

It was a sudden surge of momentum for the Ozone Boys when the Hogan brothers showed up and checked in for the final two minutes of the game.

The Ozone Boys played with only five guys, and again, not having two of their top tier players for the majority of the ball game, but still managed to never give up and grind out the win against a good Duje’s Boys team.

“We traveled from Oregon today to make the game,” Patrick Hogan added during the postgame interview. “Huge props to the team, huge props.”