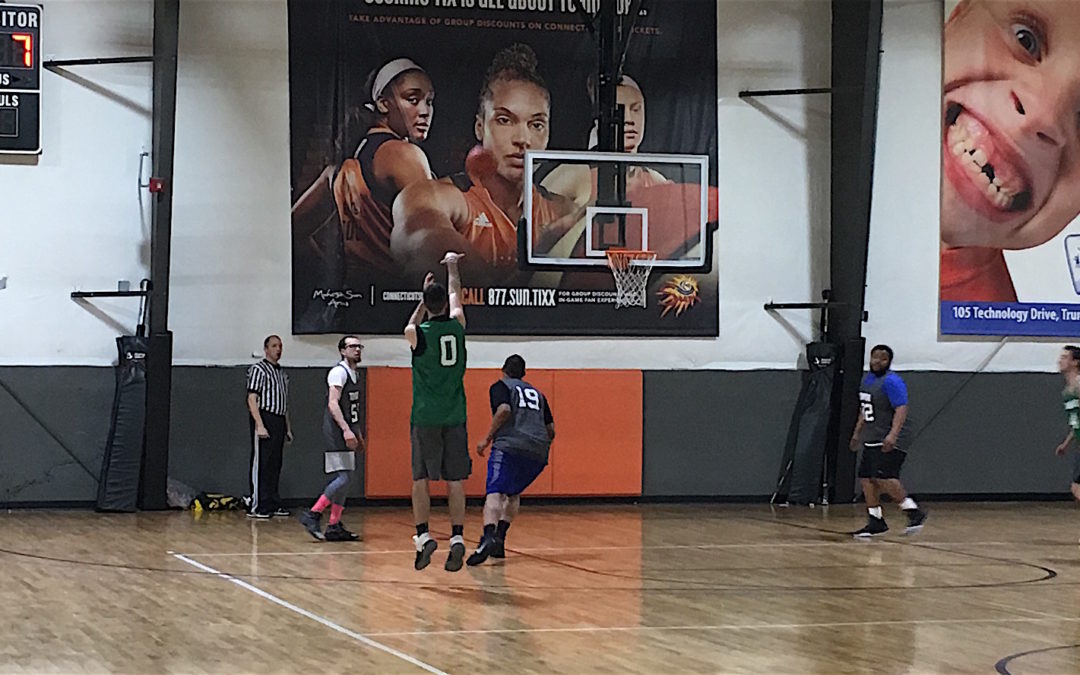 In the upset match of the night that was predicted by no one, Stranger Danger showed up tonight ready to prove everyone wrong, and did. Stranger Danger overcame the Temptations in the first round of the playoffs by the score of 72-61.

“I mean this victory feels good. We beat them by what, 11 points? Nobody picked us on the ballot to win this game. Right now we’re just thinking about playing the next game,”Stranger Danger’s Steve Echols said. “We play the Monstars so that’s all we’re focused on right now.”

It was a close, seesaw, hard fought game that surprised everyone in the league. Stranger Danger stepped it up big time both on offense and defense. Throughout the entire game they were executing fast plays on offense, using good ball movement and taking their time with their shots to avoid turnovers.

On defense, Echols was able to stop Temptation’s notorious scorer Carmine Santorelli, which puts a huge dent in Temptation’s strategy. Santorelli finished the night with only 15 points on a lackluster 6-for-16 from the field.

“We buckled down. The last two games we had we played lazy. I take part in that because my team is looking at me and I didn’t show up. But now we just here, we ready to play, we ready to go,” Echols said.

Temptations played their usual game of fast movement and posting up underneath the basket but it was not enough. Santorelli, who usually shoots the ball often and scores a lot, shot sparingly today and instead passed the ball often. Santorelli’s lack of efficient shooting was a major reason why Temptations fell short today.

Echols showed his value in today’s game the most out of the whole season. He led Stranger Danger tonight with 26 points and eight rebounds. Joe Cordy followed up with 12 points while Johnny O’Brien put 11 on the board. Echols also led the game with three steals today, only furthering the fact that he played great defense which was a major catalyst towards the win.

Troy Bunson led Temptations with 17 points and 12 rebounds, ending his season with a double-double. Although Brunson and Santorelli each ended their winter ’17 season with double-doubles, I’m sure they would have preferred advancing to the next round of the playoffs.

Stranger Danger will face Monstars next Monday in the quarterfinals, where they will be put to another test. Who knows though, they beat the odds once and they can do it again.