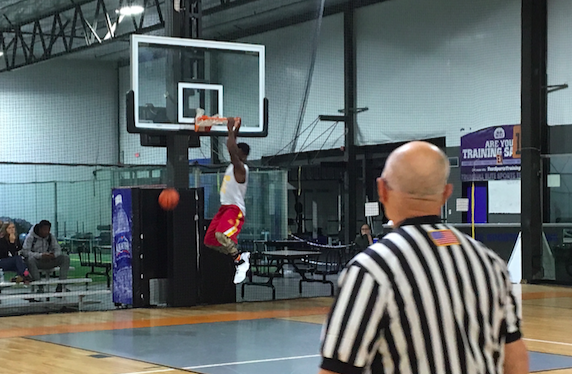 After the first quarter, with both teams locked at 14, it looked to be the second time the Brotherhood would have a closely-contested game. They held BS&B to just one point in the second quarter on their way to a convincing 67-29 victory.

All eight players that appeared in the game for the Brotherhood recorded a steal, which sparked a litany of transition baskets for them in the second half. With the absence of leading-scorer Russ Payton, reigning-MVP Michael Davis lead the way for the Brotherhood scoring, 17 points on 70- percent shooting. Jibril Chisholm also chipped in 10 points and injected a lot of enthusiasm into the squad.

BS&B continued their offensive struggles, with none of their players able to reach double-figures, due to the stifling defense of the Brotherhood and their utter lack of outside shooting. BS&B has shot just 17.3 percent from beyond-the-arc on the year, the league’s lowest mark.

They will hope to get scoring outburts from Cody Dileonardo (11.8 PPG) and Andrew Sampietro (10.4 PPG) in the playoffs. BS&B will be the no. 7-seed and will face off against 10-seed Kekambas, with the upset watch on full alert.

The Brotherhood now have gone 23 games in the Legacy Leagues without a loss. They sealed the top overall seed and will have a bye to the quarterfinals in the playoffs. They are anchored by reigning-MVP Michael Davis and league-leading scorer Russ Payton, who averages 28.1 points per game.