The Brotherhood Clamps down on Run TMC, remains unbeaten 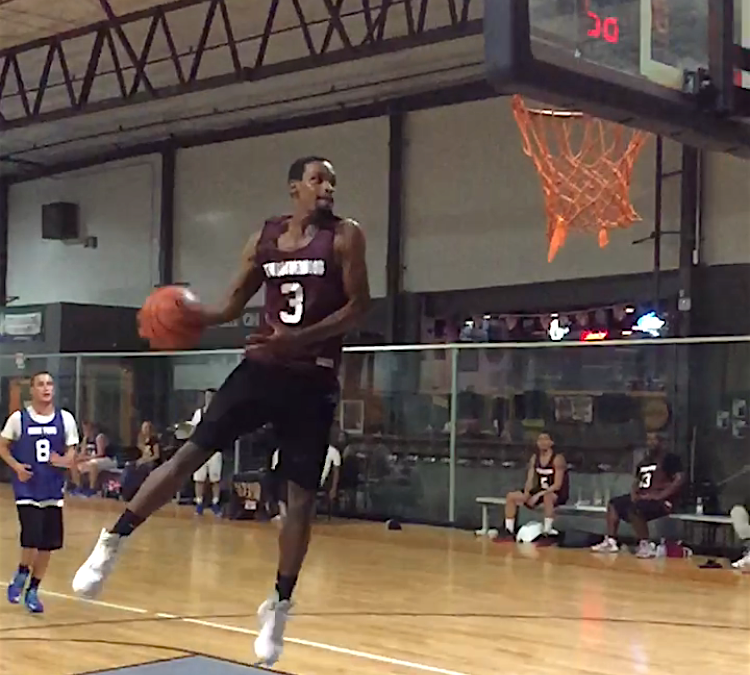 The Brotherhood once again displayed their supreme dominance in their 101-77 win over Run-TMC.The game was closer than the score indicated, as things got away from Run TMC in the final minutes, but the 24-point victory keeps the Brotherhood undefeated through the first four weeks of the season.

The Brotherhood’s four headed monster played a big role in the win, as Michael and Derrick Davis, Russ Payton, and Tyrhon Coward combined for 80 points, which alone outscored Run-TMC.

It seemed as though Run-TMC, who fell to 1-3, had no answer to the Brotherhood’s fast style of play, their deep rotation and smothering defense.

“They are fast,” Run TMC’s Rob Koripsky said. “They were getting fast break points, and we were making quick passes but they were just jumping in front of them.”

One crucial move that helped Brotherhood deepen their rotation was bringing Derrick Davis off the bench in this game, which allowed Payton to play with the first unit.

“It’s our rotation man,” The Brotherhood’s Derrick Davis said. “I feel like I’m better coming off the bench. (Payton)] came out and dominated with that whole starting group, and the second group allowed me to play my game, like hitting spot-up threes, making people come out and then going in for dunks”.

The game wasn’t always out of reach for Run-TMC, who trailed by 11 points at the half, but the Brotherhood used some added motivation to open up their lead out of the break.

“The second half, you know, we all just talked to each other, and let each other know that everyone here. (We have that) leadership under our belt, man.”

All though Run-TMC did not come away victorious, Will Hudson’s 26 points was a bright spot for them, and something that their team could use to earn a victory next game. Besides that, Matt Zocco, and Shaq Holman had a tough time getting shots up, and Joey Zocco struggled to affect the game with his supreme game-managing skills.

“We bounced off of each other’s energy, and let the others know that defense is what got us here, that’s we’re 3-0, and why e’re now 4-0”, Derrick Davis said.