Brotherhood gets back on track, squeaks past Goon Squad 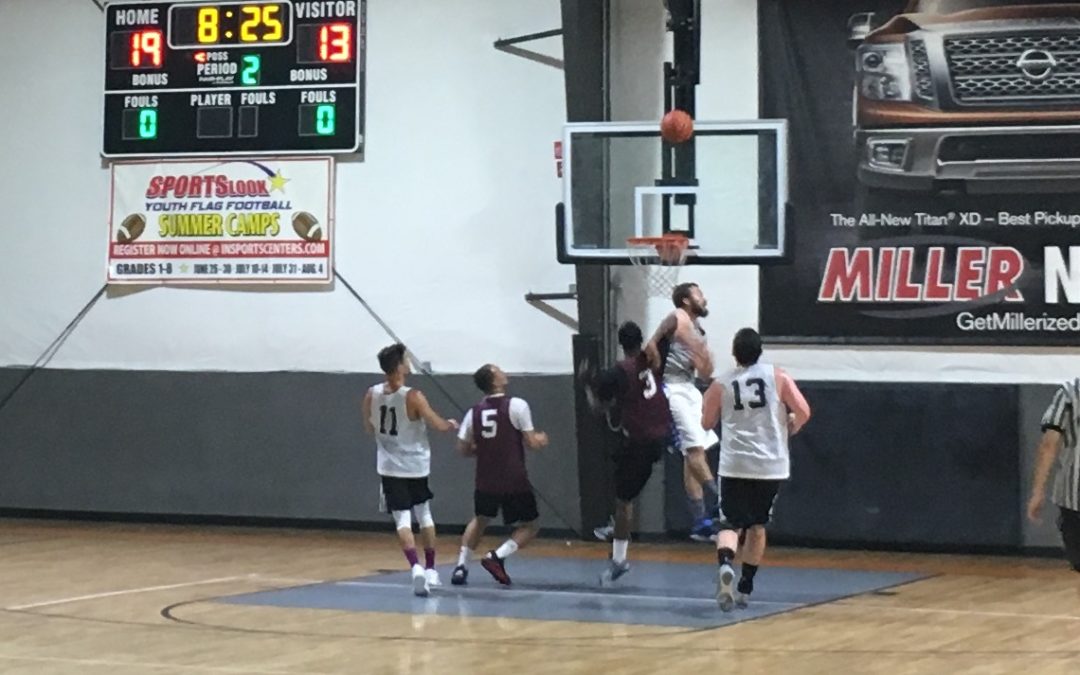 After finding themselves in the loss column for the first time ever, The Brotherhood needed every bit of their press defense to avoid their first ever losing streak as they held off Goon Squad for a 69-66 win Monday night.

“We got back to what we were supposed to be doing,” The Brotherhood’s Jibril Chisholm said of the team’s bounce-back win.

It did not come easy. Many were expecting The Brotherhood to come back with a vengeance after being on the losing side for the first time, but instead it was the Goon Squad jumping out to a 13-3 lead out of the gate. Goon Squad was ahead 19-11 after the first quarter before The Brotherhood broke out the press defense to outscore Goon Squad 23-14 in the second quarter. The two teams were neck-and-neck the rest of the way, with The Brotherhood forcing 15 turnovers to seal the deal.

Every ounce of their defense was needed, as The Brotherhood struggled from the three-point line for most of the night, hitting only seven of their 29 threes. Mike Davis led the way with 21 points while shooting just 2-for-12 from downtown, while Russ Payton chipped in 16 points of his own in his return.

Goon Squad was able to stay in the game thanks to Matt Marconi and his 27 points. Unfortunately, the rest of the team shot just 13-for-31 from the floor and had problems breaking The Brotherhood press.

After a loss in Week 6 and a close call on Monday night, the road only gets tougher for The Brotherhood as No Limit looms in Week 8.

“We gotta keep up the intensity and be ready for that game,” Chisholm said of the big matchup ahead, as The Brotherhood continue their quest to return to the top.