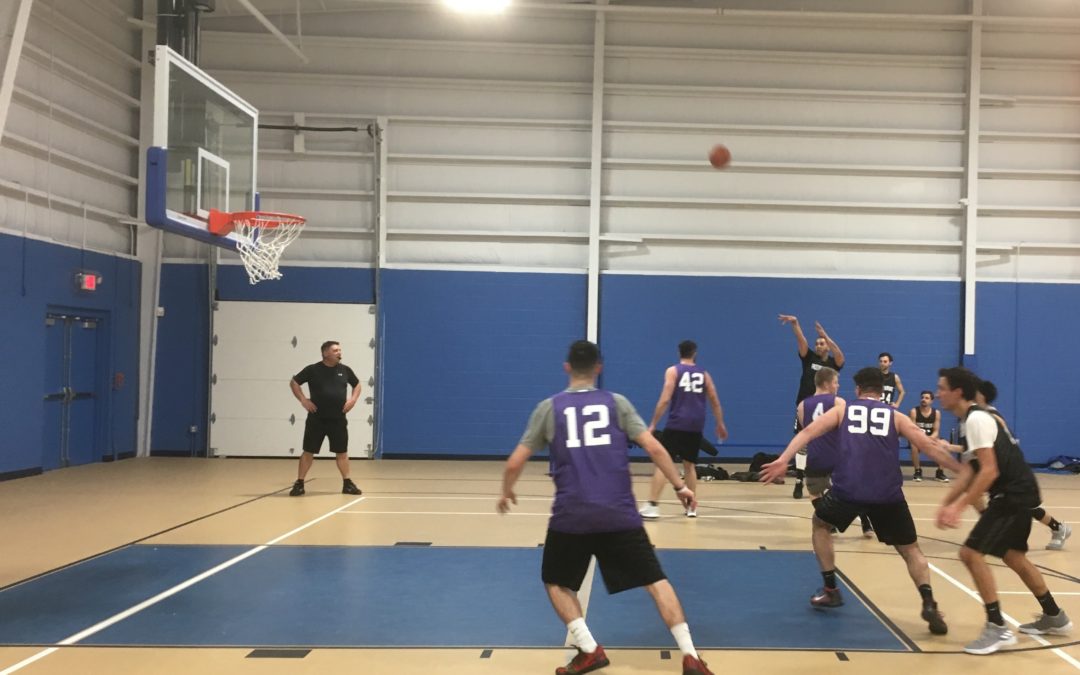 A new team and a returning team faced off in the first week of the 2018 Rhode Island Legacy Leagues Winter season. It seemed like Halfway Crooks were the new team with a poor shooting performance, while Prestige Worldwide appeared accustomed to lower rims.

Prestige Worldwide came out with the 89-72 victory behind Bryan Yarce’s 33 points and near triple-double as he stuffed the stat sheet. He was two assists shy of a triple-double while adding on 11 rebounds.

“I had to adjust at first,” Yarce said. “I’m used to the 10-foot rims (shooting), and then once I got my jumper it felt kind of good. It was actually a lot of fun.”

In addition to Yarce, Ryan Bosquet had 21 points and eight rebounds to go along with the victory. Zachary Fraiellie struggled from the field shooting 4-of-18, but was able to get himself a triple-double in points, rebounds and assists.

The Halfway Crooks returned in similar fashion to the way they played a lot of their games last season, being down at halftime. That was a consistent theme with them in the fall season, and they came out struggling.

By the half, they were down 44-27 and were not able to recover, although at times they made runs to make the game interesting. Newcomer Justin Kolenda led the way with 19 points. In addition to leading the Halfway Crooks in scoring, he stuffed the stat sheet with 13 rebounds and six assists. Another newcomer in Rich Hill also had a double-double with 16 points and 11 boards.

Looking to next week, the Halfway Crooks face an old foe in Werewolves. This should be a battle if the game is anything like the ones from last season. On the other hand, Prestige Worldwide takes on Wild Hogs. Although Prestige Worldwide came out with a double-digit victory in their first game out, Yarce still had some things he wants to improve on for next week.

“A little bit more of team play,” Yarce said. “Now that we kind of have chemistry, it was the first time all of us playing together.”