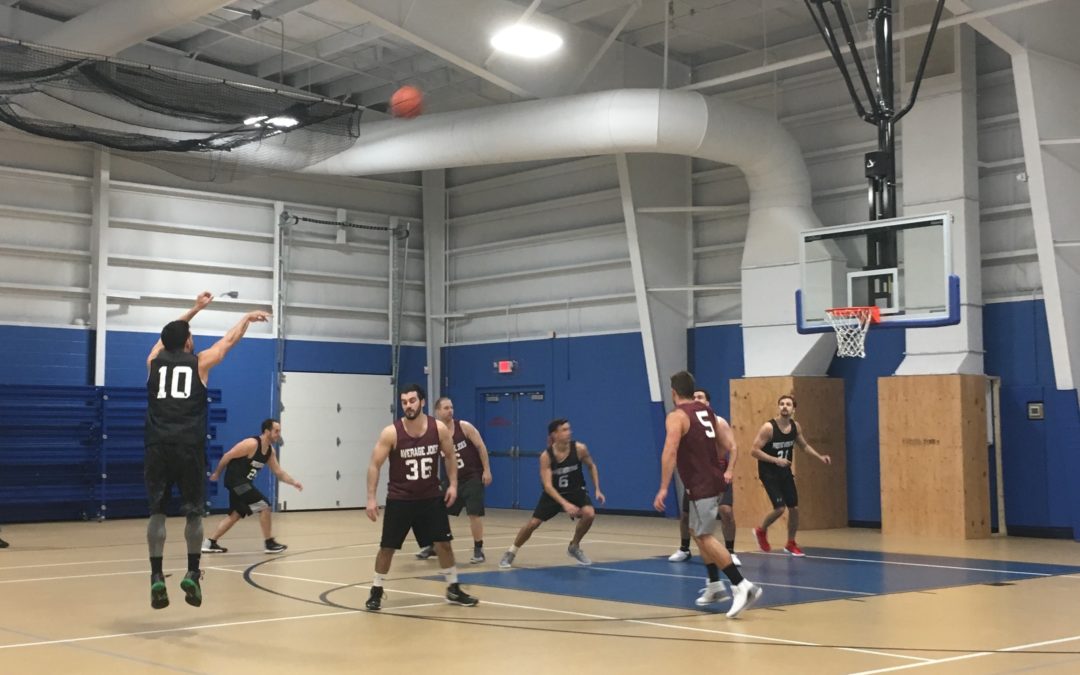 After missing last week’s contest, Prestige Worldwide’s Bryan Yarce led all scorers with 27 points in his team’s 75-55 victory over the Average Joe’s.

Prestige Worldwide, who improves to 3-1, had 16 assists as a team.

On the other side, the Average Joe’s kept it close for most of the game. They were only down by three at the half, but the second half were outscored. In the fourth quarter, they were outscored by 12. Down the stretch, Prestige Worldwide made the better plays on both sides of the ball that helped extend their lead.

For the Average Joe’s, Matt Scavitti lead the team in scoring with 18 points. He may have forgotten his jersey at home, but he made up for it with his play. He grabbed 10 boards to record his first double-double. Steve Pirri was the only other Average Joe’s player to get in the double-digits for points.

For Prestige Worldwide, there were also only two players to record double-digits points. Yarce had 27, while Shaine Patrick had 10 points. He had nine rebounds to go along with four blocks. His four blocks helped him move into first place in the league for blocks. Patrick is going to be a player to watch out for, as his size and athleticism is going to be hard to match.

Prestige Worldwide controlled most of the game, although Average Joe’s did have a few leads in the game. They definitely missed Yarce as he’s the point guard of the team as well as the main scorer. He’s going to be a force to be reckoned with, but this team is going as far as he takes them.

Looking into next week, the Average Joe’s look to get their first victory in a battle of the winless with the Wild Hogs. For Prestige Worldwide, they’re looking to build on this victory when they take on a tough Werewolves team.

The offense will definitely pick up, get a few stops and motivate us to play offense,” said Yarce.