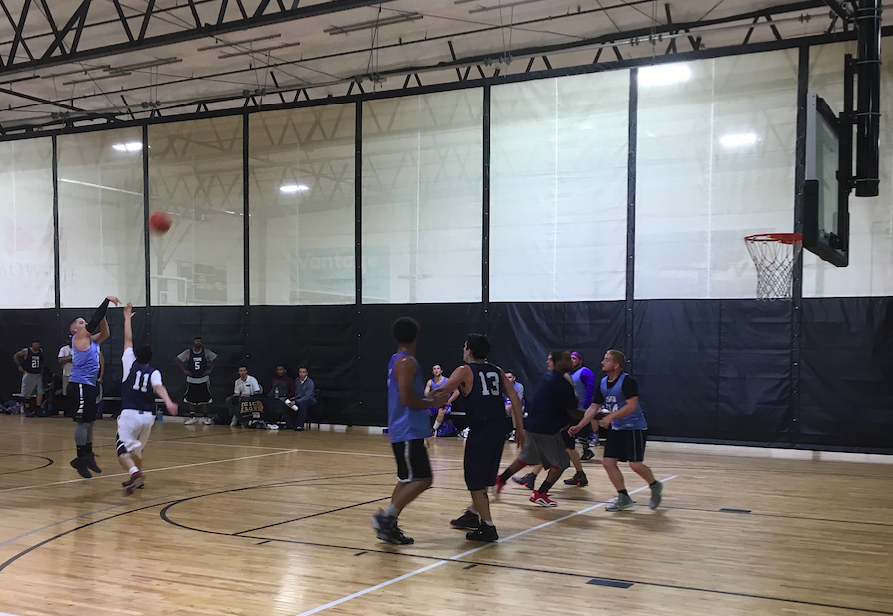 Andrew Sampietro had 20 points in a back-and-forth matchup against the Titans Tuesday night as his Blood, Sweat, and Bears tema captured the victory, 56-50, in a matchup that came down to the wire.

Steven Echols was a bright spot for the Titans, pouring in 22 points, to go along with eight rebounds, and five steals. Echols speed and ball-handling proved to be challenging for opposing teams to reign-in when he gets out on the fast break.

This was another low-scoring affair, which has become customary for both Blood, Sweat and Beers and the Titans. The Titans have committed the second most turnovers of any team this season. They will need to reverse this trend if they want to improve.

We (got to) keep playing good (defense), playing hard and communicating,” BS&B’s Eli Todd said. “We have to get better on offense, (find) a better rhythm.”

Blood, Sweat, and Bears takes their unbeaten record into their week 4 matchup against the Cereal Killers (2-1), while The Titans look to get their first win of the season against No Limit (2-1) next week in our first game on court 2.