BS&B unbeaten no longer, unable to fend off Sportslook 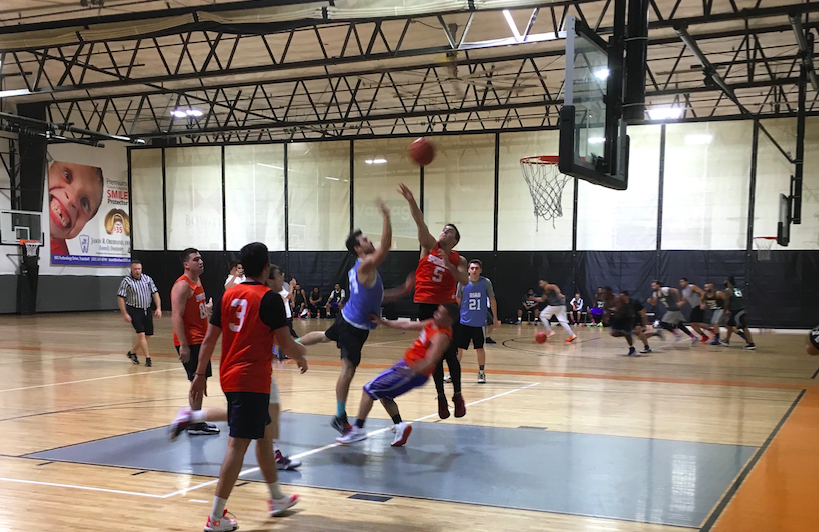 It seems like every week I pick Blood Sweat and Beers to lose, and they continuously prove me wrong. Being the stubborn analyst I am, I bet against BS&B again in their week five match up despite their 4-0 start. Finally my persistence would pay off. Bryan Acevedo was able to get himself back on track, ending the evening on top of the scoring sheet with 19 points, leading his Sportslook team to victory, 55-43.

“We had solid D,” Sportslook’s newest player Eric Green said. “Our guards played very well pressing. [It was a] solid team win. We should be pretty good going forward.”

In a rematch of one of the Summer 2016 season’s semifinals, it was apparent that their was bad blood between these two teams. The intensity was ratcheted way up. Players from both benches made sure to get in on the trash talking. It was a very chippy game that played right into Sportslook’s hands.

Sportslook has made an identity out of hard-nosed defense and limiting other teams from scoring. This trend remained consistent Tuesday evening as BS&B was held to their lowest point total with just 43 points as a team.

While BS&B does deserve more respect around the league, one thing is very clear: they need to find a more consistent scoring option if they wish to be a contender down the stretch. John Brolet and Cody DiLeonardo led their team with 13 points a piece, while also totaling seven and eight rebounds respectively.

“We’ve got to keep up our pressure,” BS&B’s Austin Kozak said. “We’re kinda getting a little gassed out here. We got to run with them on the fast break. We’re playing alright D, just have to capitalize on our offensive chances.”

Kozak is right about one thing, BS&B definitely needs to execute more efficiently on offense. They were atrocious as a unit Tuesday shooting a dreadful 0-for-18 from 3-point land. Against good teams, a shooting performance like that will hardly get the job done.

Sportslook looked rejuvenated in week 5 with the addition of Eric Green. After Nick Bacarella was ejected last week, leaving Sportslook with no subs, it was obvious that, despite their talent, they needed to add depth. Green fit in nicely joining Acevedo as his team’s only other scorer in double-digits with 10.

While Sportslook will hope to slide back up a few spots in the power rankings, I’m sure with BS&B dropping this game they will see their stock drop. I will be picking BS&B for the first time next week as they look to best a weaker Run TMC squad.