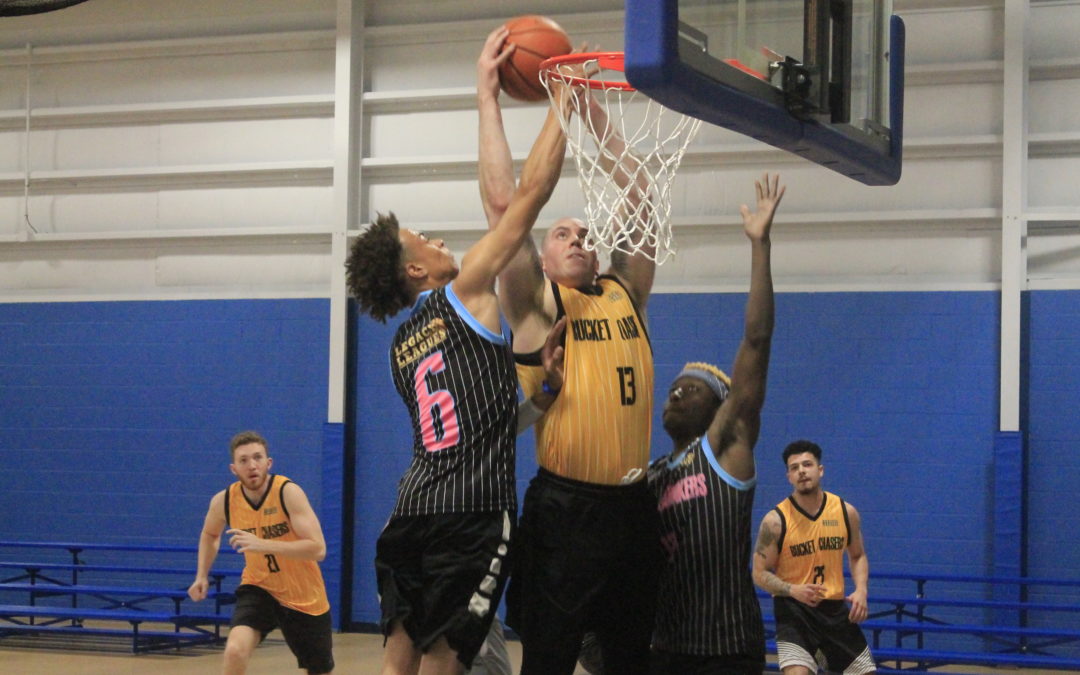 After a close first quarter, the Bucket Chasers took off and never looked back. Their defense was stout, not allowing the Shady Dunkers to get in rhythm as they held them to just nine points in the second and third quarters combined.

Ending the game with 22 points on 11-14 shooting, his passing and movement without the ball was contagious. He dominated the passing lanes and sliced his way to the rim with little resistance, thus helping his team find the open man and play a smart style of basketball.

“We took advantage of mismatches,” Henri Goncalves said. “We kept working the ball and being patient.”

The Shady Dunkers showed energy and athleticism from start to finish, but their reliance on the three-point shot led to lacking transition defense that allowed the Bucket Chasers to take control. With good team ball movement and use of their bench players, the Bucket Chasers walk away from this game with a 27-point win.