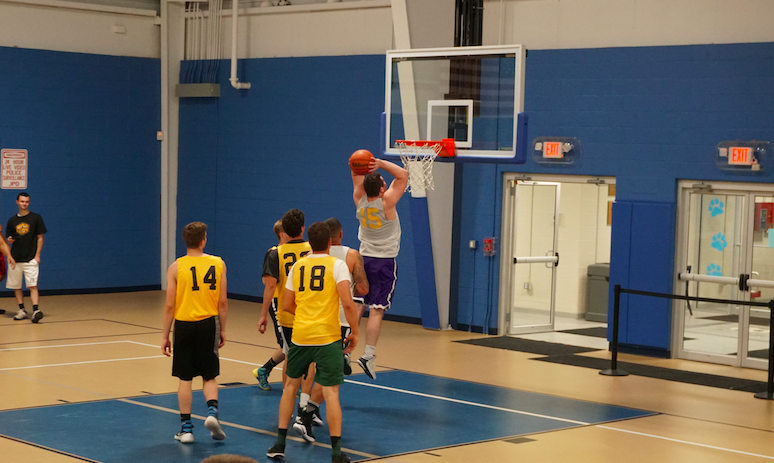 Both teams came out slow right from the tip, as neither team could seem to get anything going offensively. Shake N’ Bake led for most of the first quarter until Henrique Goncalves was able to provide a spark for his team coming off the bench. He was relentlessly attacking the rim as soon as he stepped on the floor, whether it was to get to the rim or to create for his teammates.

Goncalves was active with his on-ball defense as well, tallying up three steals and forcing Shake N’ Bake into many more turnovers. The Bucket Chasers had four players record at least two steals. Although it should have never been this close if the Bucket Chasers were able to shoot decently from the free throw line (8-24).

Animated big man Christopher Truslow spoke about what made his team successful in Week 4.

They certainly did that racking up 11 steals and forcing their opponents into 16 total turnovers. However, he does know that defense doesn’t just come naturally.

“You really gotta put all your effort into defense and you let the offense come, which is indicative as to why we had a low scoring game,” Truslow said. “All of our effort was going into defense.”

Shake N’ Bake will look to get their first win against another winless team in the Wild Hogs in Week 5, while the Bucket Chasers will get their first shot at the Commish and his Halfway Crooks.