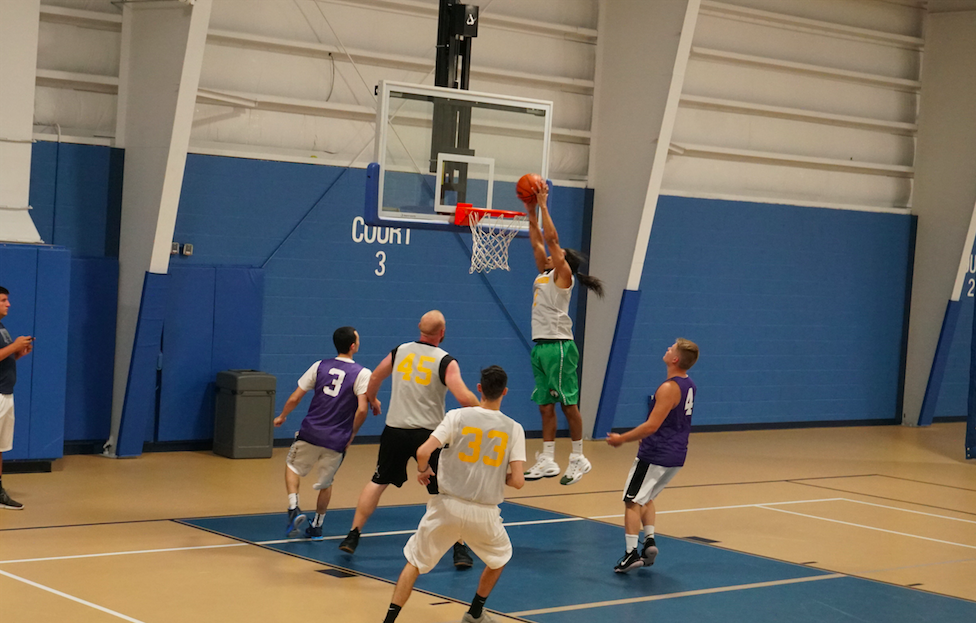 The Halfway Crooks fought back hard, but the Bucket Chasers would not be denied the victory or the fifth seed heading into the playoffs.

The Bucket Chasers waited all season to have their best offensive night. The team shot 50.0 percent from the field, and Aiden Wright led the way with 20 points on 9-of-11 shooting. Christopher Truslow and Henrique Goncalves added 17 and 15 points, respectively, and Sergio Dalomba had 11 on the night as well.

“This was a huge game for us,” Dalmoba said after the game. “I feel like our offense is clicking more, we’re all scoring together. We have multiple scorers instead of one.”

With the win, the Bucket Chasers broke their tie with the Halfway Crooks and snatched the 5-seed, booking them a date with the Werewolves in the Quarterfinals on Tuesday, August 7. The Halfway Crooks are the 6-seed and play the third-seeded Swish Kabobs.

“I like our chances better against the Werewolves than the Swish Kabobs,” Dalomba said. “We needed a big win, and we got one.”

For the Halfway Crooks, Joey Zocco led the way with a great performance from downtown. He had 15 points, all from deep, and shot 41.7 percent from behind the arc. Dylan Lincoln followed with 12 of his own, and Jared Hanson and Zack Moricas had 11 apiece.

Both teams have had interesting encounters with their next opponents this season. The Halfway Crooks have lost to the Swish Kabobs twice, once in overtime, and once in Week 8, when they took the game to the final possession.

The Bucket Chasers lost to the Werewolves early on, and it was also very close. The final score was 43-33, and the Werewolves were able to pull away at the end while holding on to a single-digit lead throughout the entirety of the night.

While all season long the Bucket Chasers have looked like a defensive-minded team, tonight they broke out, and it couldn’t have come at a better time. They can be dangerous, and they’re here to prove something to the league.

“No one count us out, because we’re coming for everyone,” Dalomba warned. “Lob City, Boom-Shakalaka, we’ll be there.”