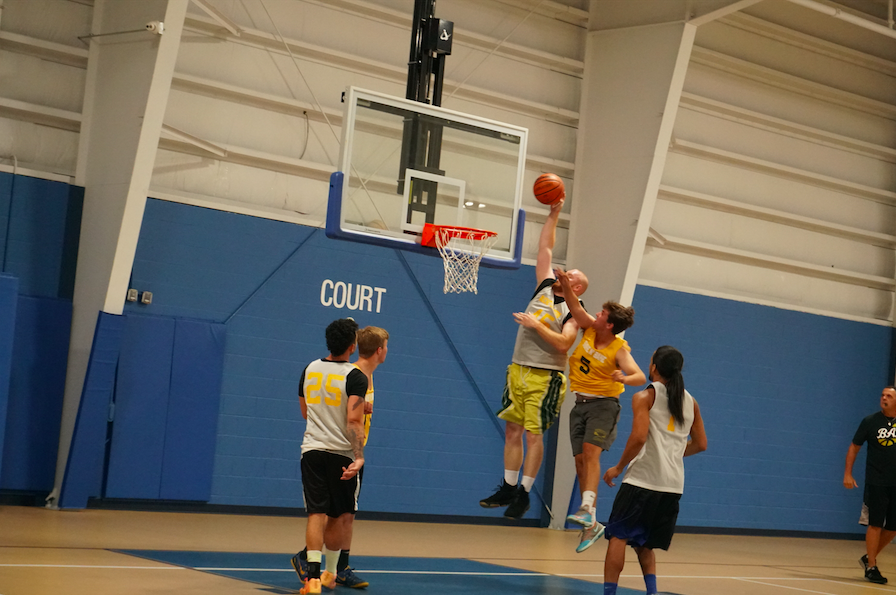 The lopsided affairs keep finding Shake N’ Bake (0-8), as this week the Bucket Chasers (3-5) purely dominated from start to finish on Tuesday night.

Despite only carrying five players on their roster, the Bucket Chasers led their opponents 24-6 at the end of the first quarter and were even able to create a 45-16 lead in the third quarter as a result of their stellar offensive play, before finishing out the game with a 69-37 win.

Chris Truslow, who led the way with 23 points on 50 percent shooting from the field, was a big part of those leads as his strong play underneath the basket proved to work in his team’s favor.

“We’ve got a good base offense that we setup,” Truslow said. “We’re just trying to get ready for and to be smooth during the playoffs.”

As Truslow noted, it wasn’t just a one-man show that produced the team’s third win of the season. It was a collective effort.

Right behind Truslow, Sergio Dalomba stepped up for the relatively depleted Bucket Chasers with 18 points of his own, but his highlighted play came from his lone assist when he dished a nifty behind-the-back feed early in the first quarter.

While the offense was indeed productive, the Bucket Chaser’s defensive efforts should be taken account for as well. The team was able to play well enough to hold Shake N’ Bake to just 28.1 percent from the field and 16.7 percent from three-point territory.

The game was capped off from a wide-open and cocky three-pointer from Stephen Manfredo to give the team a final 69 points and a final dagger to Shake N’ Bake.

Now the Bucket Chasers look ahead to their matchup next week against the fellow 3-5 opponent the Halfway Crooks, while Shake N’ Bake will have one more opportunity to secure their only win of the regular season when they take on another struggling team in the Wild Hogs (1-7).

“We’re not really worried about our record right now,” Truslow added. “We’re just worried about running our base offense that we created and we’ve got one more game to keep running it, so we’ll be better for the playoffs to try and make a run.”