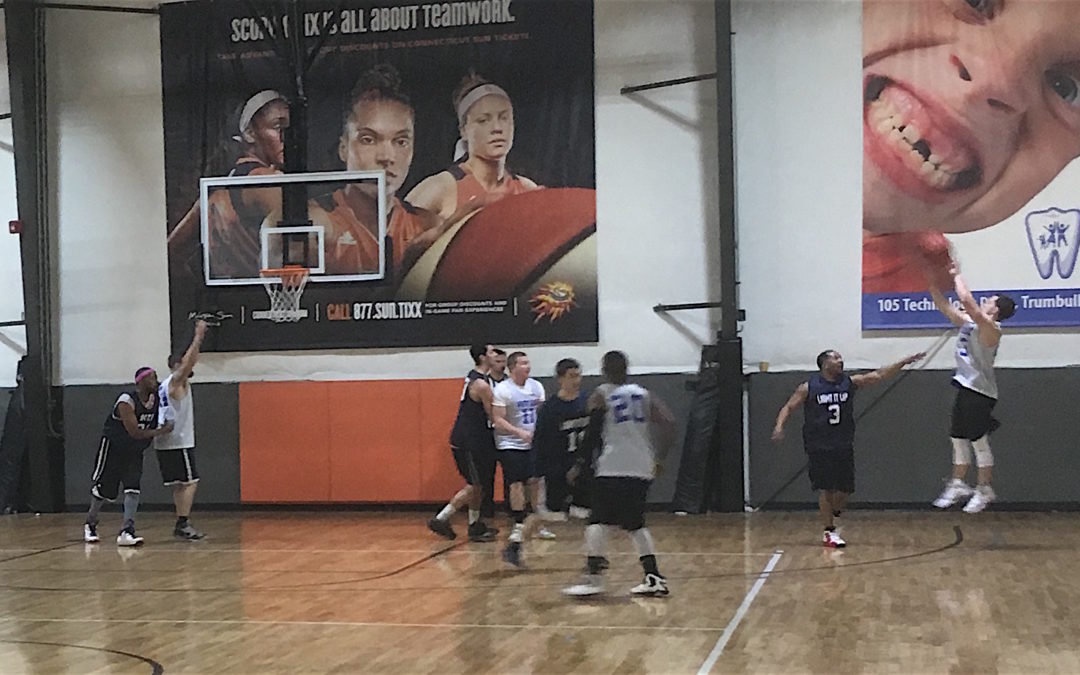 In a matchup featuring two of the lowest ranked teams in the leagues’ power rankings, White Magic defeated Light It Up 68-37.

“It feels good to get a win,” White Magic’s Steven Buczek said. “I’m just happy we finally played as a team and everybody scored. We actually played some good basketball and had fun playing.”

Buczek finished with a game-high 26 points and was the team’s facilitator on both sides of the ball. White Magic only allowed 17 points in the first half as they continued to shut down Light It Up’s lone playmaker, Chris Rosario.

Both White Magic and Light It Up have been at the bottom of the power rankings since Week 4 and had been hoping to move up with a win on Monday night. Needless to say, it was an overall sloppy game by both teams as there were a combined 22 turnovers.

White Magic came out on of the gates with an early 8-3 run and would not stop the pressure as they would go up 18-8 after the first quarter. The key to victory for White Magic was controlling Rosario, who finished with a team-high 23 points, despite only going 8-for-21 from the floor.

“We’re definitely playing better,” Buczek said.”I mean in the beginning, trying to adjust to the rims, I remember my first two games I shot terrible, so I think a lot of us have adjusted to the rims. We’re starting to play a lot better and hopefully we get another W before the season’s over.”

The Light It Up crew will have a tough matchup next week as they will face a dangerous Red-Emption team, who destroyed Sportslook 93-49 on Monday night. With their first win of the season, the Lob 203 squad is now the only winless team, putting White Magic back in contention heading into the playoffs later next month. The team will get a chance to make it back-to-back wins as they will face Sportslook next Monday at 9 p.m.

“I think that’s the next game that we could probably get the W,” Buczek said. “I think it’ll be a closer game than this one and we’ll matchup a little bit better, but I think it’s a winnable game.”