Butler and Good U quiet the Stampede to advance 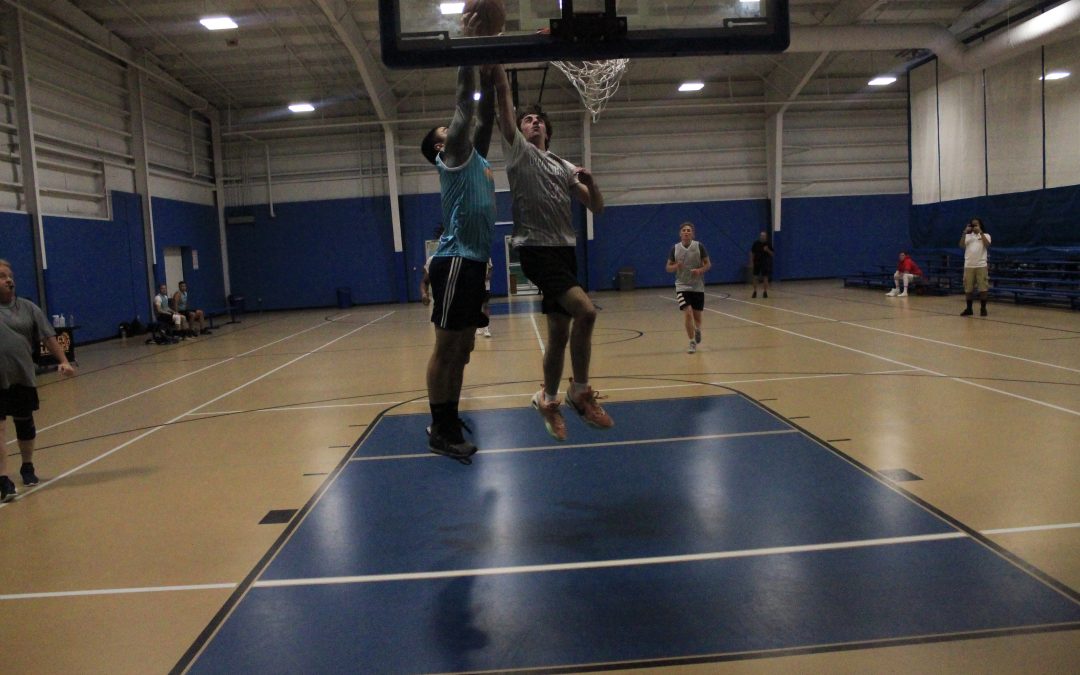 Playoff action kicked off last night between the 6-seed Good U and 11-seed Stampede.Good U, who started the season well and went on a bit of a losing skid due to lack of attendance, wanted to end this game early. After a 25-9 lead after the first quarter, they were able to do just that, as Good U held on to win 99-52.

From the first whistle to the last, Good U dominated all aspects of the game. Shooting 57.7 percent as a team and almost reaching triple digit scoring, any 10-point run from the Stampede was quickly broken up by quick alley oops, three-pointers, or dominant defense. 5-out-of-the-6 Good U players managed to get double-digit points, while Randy Butler was the game-high with 25.

“Shots were falling, driving, getting the easy layups, we were out there just outrunning them” said Butler, who shot 68.8 percent from the field and 40.0 percent from the 3-point line. “It felt really good today”.

The rest of Good U was feeling good too. Brendan Degnan came off the bench and provided 20 points, while Brad Van Fechtmann had 19 and nine rebounds. Kyle Kelaghan and Ryan Palumbo combined for 26 to round out the scoring and Matt St Ours had nine. This dominant offensive performance combined with tenacious defense when need and strong endurance proved well worthy of a First Round playoff victory.

Good U had trouble in the past with attendance, but when asked about having a close to full squad tonight, Butler smiled.

“It makes a huge difference cause we all connect together, and it makes it ten times easier. We’re still missing one of our other players, too,” Butler said.

As for the Stampede, their season has come to an end. Todd French led the way with 16 points, while Brad Allen and Dan Heston were right behind with 15 and 14. The Stampede can say they left their all on the floor, as they still managed to get close to double digit scoring in every quarter despite have a severe lack of size and scoring ability.

Good U now moves on the face the 3-seed Werewolves. The Werewolves started the season a bit slow, but picked it up, recording big wins vs the Ozone Boys in overtime and upsetting the 2-seed Lob City. A full healthy Good U and a hungry Werewolves squad is set to be a fantastic Quarterfinals matchup.

After being asked about how they feel going further into the playoffs, Butler was ready with an answer. “I feel good, people are going to think we are worse when we’re a lot better. They’re going to underestimate us. We are going to come for all the top teams,” Butler said.