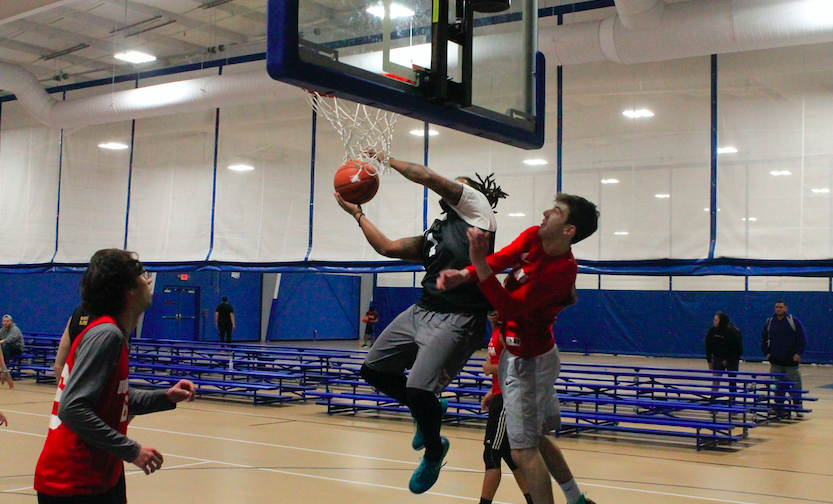 The Swish Kabobs were able to edge out a win over Duje’s Boys Wednesday night in a narrow 99-97 victory. The Swish Kabobs needed every second of the game to secure the win, as the winning basket was scored on a strong drive to the rim by Randy Butler in the final seconds.

The game was a shoot-out through and through. Both teams featured high-powered offenses, keeping the game close throughout its entirety. Butler led his team to the victory with an impressive stat-line of 25 points, nine rebounds, and seven assists on 80 percent shooting from the field. However, no bucket was more important than his last.

“I knew I was going to take it to the basket,” Butler said. “I was either going to make it, or I was going to get hit, take the contact, and possibly be shooting free throws.”

Duje’s Boys played a zone defense for a majority of the game, taking away much of the inside attack from The Swish Kabobs. On that final play, Butler recognized they had switched to a man defense and saw his opportunity.

John Coutu led the attack for Duje’s Boys by pouring in 45 points, 11 rebounds, and seven assists in a gritty effort. Aaron Avant and Anthony Melise were the only other players to finish in double-digits for Duje’s Boys.

Duje’s Boys had the advantage tonight in terms of depth, as they had eight players compared to Swish Kabob’s five. When asked how they kept their energy up with less players, Butler stated that they had to “be responsible for each other, and be responsible for our own problems.”

The Swish Kabobs aim to be back at full strength next week as they play Boom Shakalaka. Duje’s Boys play The Skyhookers next week in hopes of securing a bounce-back win.