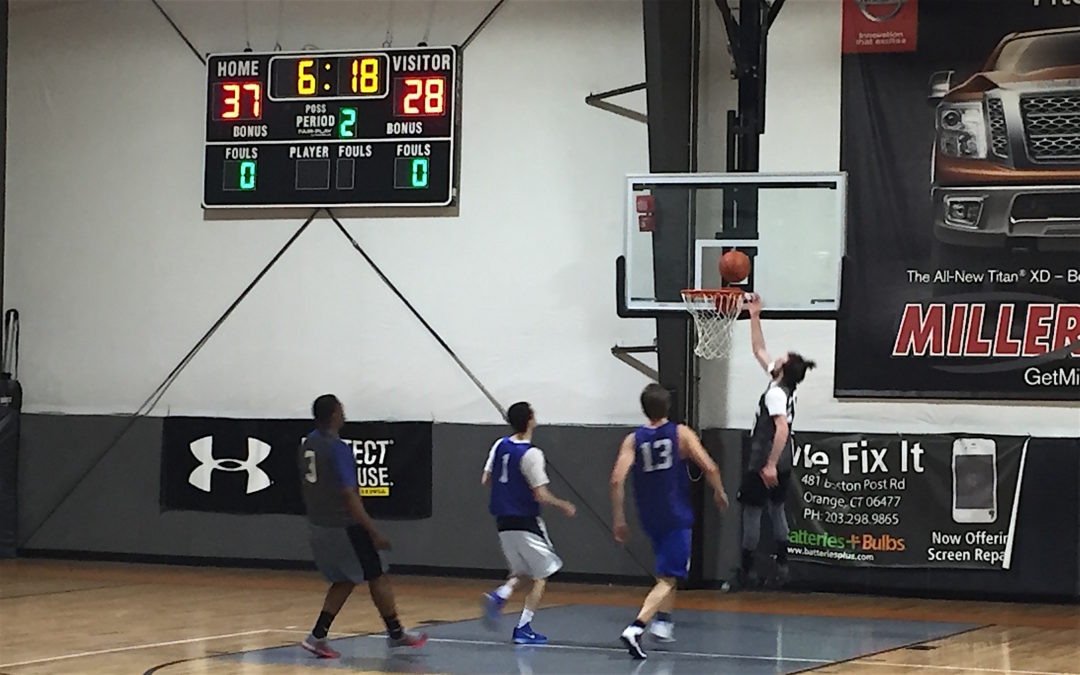 The Temptations took down Run TMC, 87-85, in one of the better games from Week 9, while ending their two game losing skid in the process.

Carmine Santorelli was back, in big-time fashion dropping a near triple-double on Run TMC with 30 points, eight rebounds, and eight assists. However, the win was not all on Santorelli’s shoulders.

Despite that, it did come down to Santorelli in the end as he was inexcusably sent to the line in a tie game with under 10 seconds to go.

“Close games don’t matter to me at all, it’s zero-zero to me,” Santorelli said. “No pressure at all, I just knock it down.”

Despite the tough loss, Run TMC’s Kevin Blake had a spectacular game with 33 points, on 76 percent shooting, to go along with 10 rebounds.

Even with the win the Temptations are still looking to improve going into the playoffs.

“We don’t really communicate on defense,” Santorelli said. “We get back on fast breaks and we pick up our man, but we need to stop the ball, no matter who it is.”